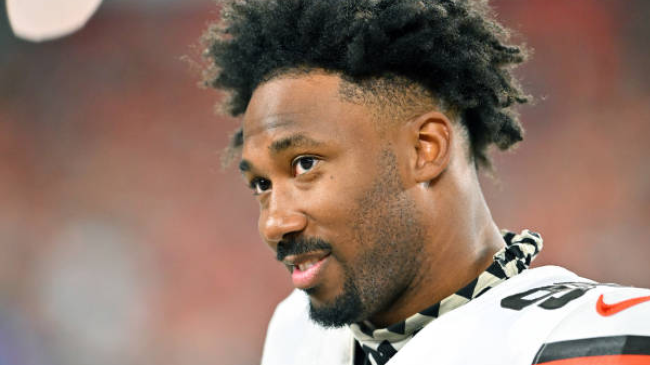 Since before the Cleveland Browns traded Odell Beckham Jr, they have been questions about Baker Mayfield’s relationship with his locker room. Since then, there have been a number of conflicting reports on the subject.

While we may never know the truth of how Baker was viewed in that Browns locker room, fans were given a glimpse at his relationship with one of his former teammates today.

In a recent interview with cleveland.com’s Mary Kay Cabot, Myles Garrett revealed that he ghosted Baker when the quarterback sent him a heartfelt message following his trade to the Panthers.

#Browns Myles Garrett: Relationship with Baker Mayfield was 'slightly complicated'; He's rooting for Mayfield to succeed and 'he's a hell of a competitor,' but now that he's the opposition 'I've got to take him out' https://t.co/qLBXGUtBG3

He said he appreciated the time we got to spend together and getting to know each other and growing together. I really I didn’t say anything. I didn’t really have much to say and I didn’t know how reply to it, so I didn’t.

During the interview, Garrettalso discussed his overall feelings about Baker.

I read (the text) but you know, there were some disagreements we had at a base level and I’m not mad at the guy or feeling any way towards it, but I just didn’t know how to reply to that, so I didn’t. But I still think he’s a hell of a competitor and he’s a great guy to have on your side and I’m rooting for him. I think he has a great family, but he’s the opposition now, and at the end of the day, I’ve got to take him out.

It looks like these two won’t be reminiscing about old times before Sunday’s game between the Cleveland Browns and Carolina Panthers.