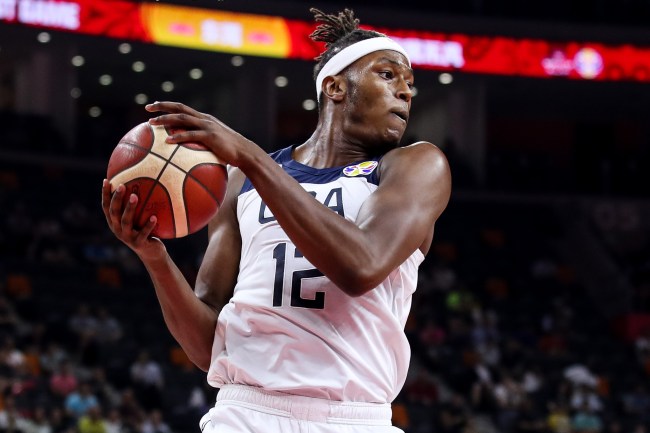 Team USA was doomed from the jump. This team was likely never going to win gold, and anything less than that would be mocked in the court of public opinion.

With that said, even the harshest of critics could not have expected Team USA to lose back-to-back games to France and Serbia and clinch the country’s worst finish since the national team began using NBA players in 1992.

Team USA, who coming into the tournament was hoping to make history by becoming the first nation to win three consecutive World Cups, is now facing either Poland or the Czech Republic on Saturday for seventh-place.

Twitter was not kind after USA fell to the French on September 11th, no less, and the mocking continued during and after the team’s 94-89 loss to Serbia.

Team USA center and Indiana Pacer Myles Turner took to Twitter to fight off the haters by reminding us of how much sacrifice players undergo to be there and how the NBA’s top-tier talent all pussed out.

From 1-12 top to bottom this team this roster has sacrificed so much for our nation. our summers, our bodies, our mental. We came up short can’t nobodies more upset than us but I refuse to tolerate any Slander for our play you cannot question our heart

Our character, or are spirit we layed it all out on the line each and every game. Don’t disrespect us this coaching staff or USA Basketball as a whole but respect the world basketball is an international game these countries are talented

We’re also the ones who stepped up to the plate when others stepped down. We qualified our nation for the Olympics we got some work to do to rebuild a legacy that was left before us were on the wrong side of history indeed. But that’s gunna make the next medal that much sweeter!

I agree with all of Turner’s points. They played when they didn’t have to. They fought and hustled and tried to win. I just wish they fucking won.