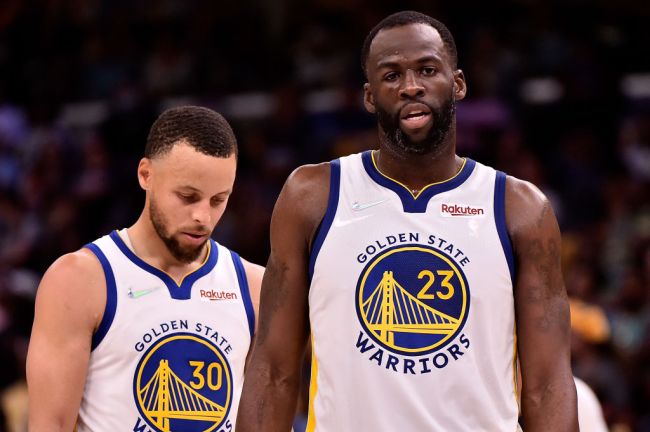 Golden State Warriors star Draymond Green made headlines earlier this week when he flipped off Memphis Grizzlies fans as he headed to the locker room early in Game 2 of their 2nd round series.

Draymond had taken an elbow to the face that left him bloodied and he was bothered by the Grizzlies fans booing him on his way to the locker room, especially with tensions already so high after Gary Payton II was injured shortly before by Dillon Brooks on a play that was ruled a Flagrant-2.

After the game, Draymond expected to be fined and said he didn’t care about the money. It was revealed today just how much Draymond’s middle fingers would cost him and he probably feels even more comfortable with his decision after seeing the number.

Warriors star Draymond Green has been fined $25,000 for his middle finger gestures to fans in Memphis on Tuesday night.

That $25K is only half of what Kyrie Irving was fined for a similar action and represents just 0.1% of Draymond’s salary for the season. It seems the NBA wasn’t quite as upset about this incident as expected.

The amount of the fine surprised some fans, but for the most part, basketball fans just saw the humor in Draymond Green having to pay another fine.

Adam Silver after getting another direct deposit from Draymond: pic.twitter.com/qjTmEPyVmU