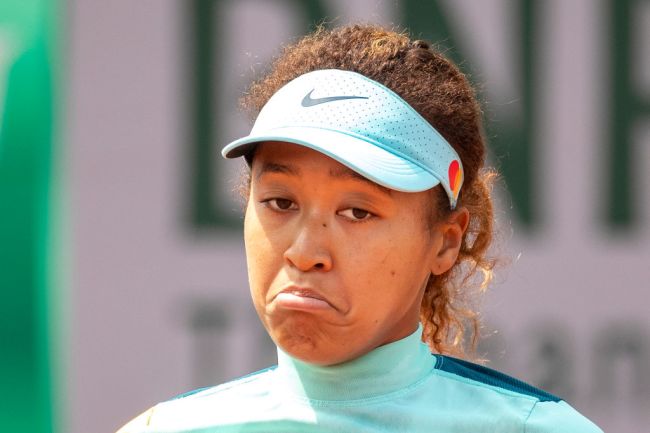 Outside of a few Instagram posts, Naomi Osaka went completely silent following her press conference boycott and eventual withdrawal from the French Open. She decided to break her silence on the situation at hand in an op-ed for Time with the Olympics fast approaching.

Osaka, who was the No. 1 player in the world at the French Open, cited that her mental health was the reason she boycotted the media and pulled out of the Grand Slam.

In the op-ed, Osaka explained that she has an issue with the press conference structure itself. The 23-year-old thinks the whole setup is dated.

“In my opinion (and I want to say that this is just my opinion and not that of every tennis player on tour),” Osaka wrote for Time, “the press-conference format itself is out of date and in great need of a refresh. I believe that we can make it better, more interesting and more enjoyable for each side. Less subject vs. object; more peer to peer.”

In her Instagram post addressing her boycott of the media and withdrawal from the French Open, Osaka explained that she’s “not a natural public speaker and gets huge waves of anxiety before I speak to the world’s media.” She also wrote that she gets “really nervous” and she finds it “stressful” to talk in press conferences.

That would explain her desire for future media sessions to be more “peer to peer.” While some aspects of press conferences are undoubtedly outdated, Osaka suggesting a complete overhaul of how pressers are done on the grandest of stages in sports is quite a statement. Osaka needing the media world that outnumbers her by the thousands to adapt to her, instead of the other way around, is needy and bizarre.

Not only does Osaka want future press conferences to be a bit more personal, but she also offered a suggestion that athletes should be given a number of “sick days” they can use to skip out on media obligations.

“In any other line of work, you would be forgiven for taking a personal day here and there, so long as it’s not habitual. You wouldn’t have to divulge your most personal symptoms to your employer; there would likely be HR measures protecting at least some level of privacy.”

Osaka is right, certain other lines of work offer sick and personal days, but not all of them do. Some people work 50+ hour weeks to make $30,000 a year and every one of those people would gladly walk into a press conference after clocking out if they were worth $25 million like Osaka.