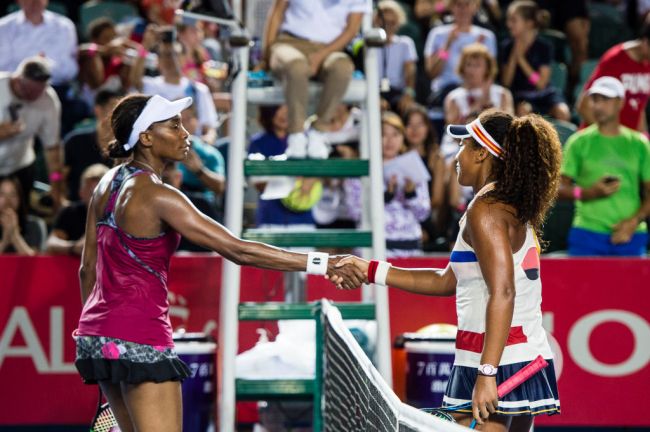 Venus Williams did not hold back when discussing Naomi Osaka’s decision to pull out of the French Open. The 23-year-old World No. 2 withdrew from Roland Garros earlier this month after refusing to speak with the press and cited mental health reasons.

On Monday, Osaka also opted out of next Week’s WTA 500 tournament in Berlin. It is considered a Wimbledon tune-up and the decision casts doubt on her desire to play at the world’s oldest tennis tournament. Wimbledon is set to begin on June 28, exactly three weeks from Osaka’s decision.

“We have received notification Naomi Osaka cannot start in Berlin,” WTA event organizers said in a statement. “After consulting her management, she will take a break.”

Osaka has not publicly stated when she will play next. Should she elect to sit out of Wimbledon, the Tokyo Olympics begin next month in her home country of Japan.

Regardless of what she decides, Williams wants people to know that it’s her decision and only her decision. Mental health comes first.

Williams, who has been in the media spotlight since her professional debut at 14 years old, shared her own two cents on handling the press.

‘For me personally, how I deal with it was that I know every single person asking me a question can’t play as well as I can and never will,’ Williams said. ‘So no matter what you say or what you write, you’ll never light a candle to me. So that’s how I deal with it. But each person deals with it differently.’

Her cold-blooded remarks came after Osaka was fined $15,000 and threatened a default if she were to skip out on ‘media obligations’ again. Instead, she withdrew all together. In her message, she shared that she has been dealing with ’bouts of depression’ since her 2018 U.S. Open win. She also came forward and said that she believes media rules to be ‘quite outdated in parts.’

Osaka’s decision opens up a larger discussion about how athletes are treated. What comes first— obligation, headlines and controversy, or the game and the health of its athletes?

Days prior to Venus’ remarks, her younger sister voiced support for Osaka.

“The only thing I feel is that I feel for Naomi,” she said. “I feel like I wish I could give her a hug because I know what it’s like.”

If anyone knows about the media circus and public scrutiny, it is the Williams sisters. Their support for the young superstar goes a long way in advancing the conversation.