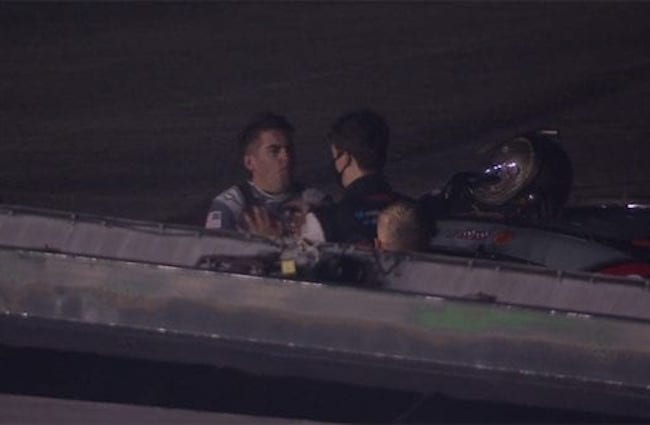 NASCAR fans showed up for a race at the Alsco 300 at Kentucky Speedway and ended up watching a prizefight.

Harrison Burton and Noah Gragson got into a post-race fight after a collision between the No. 20 Toyota Supra and the No. 9 Chevrolet Camaro.

The two young drivers – Burton is 19 and Gragson is 21 – were discussing the incident before Burton pushes Gragson. The conversation continues with Burton getting into Gragson’s face.

Burton then shoves Gragson a second time, Gragson grabs him back by the neck, and the fight is on.

Here’s the dust-up from a different angle.

Apparently, the fight was a long time coming.

"That was a long time coming."

Harrison Burton and Noah Gragson talk with @JamieLittleTV after the post-race fight at Kentucky. pic.twitter.com/IC5TsBGRZM

I’d watch more NASCAR if there were a guaranteed fight after every race.

Austin Cindric was the real winner on the night, dominating the race to sweep the NASCAR Xfinity Series doubleheader at Kentucky.