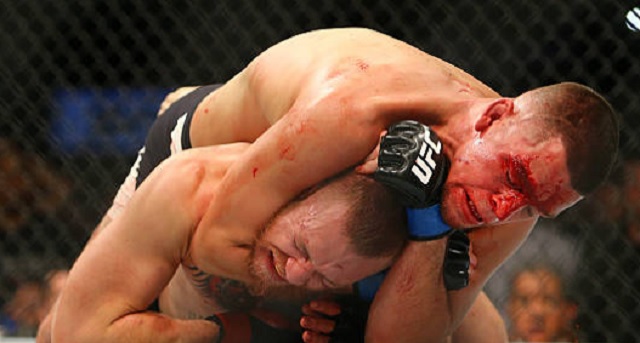 It appears that the wheels are in motion for a Nate Diaz-Conor McGregor trilogy fight in the UFC. After his loss to Floyd Mayweather in the boxing ring on Saturday, McGregor called out Diaz to come down and fight him at 155.

Diaz’s team saw how much money McGregor made against Mayweather and are angling for a huge payday.

At least $20 million, $30 million,” Perez told Submission Radio. “Come on. UFC’s making a whole lot of money, a whole lot of money and they’re pocketing it. They’re giving more to McGregor, so it’s not fair because it takes two in that ring to draw a crowd – I mean, a good two fighters. It’s just like Mayweather when he fought Berto. It was not even sold out at all. It was embarrassing. It’s because that guy couldn’t draw a crowd. See, that’s what I’m saying, it’s the fighters that draw the crowd, and Nathan and McGregor, third one would be outstanding. Everyone knows that. So he needs to get paid at least $30 million easy.”

Nate probably deserves a huge raise if he fights Conor but there’s no way the UFC would pay him $20 million.