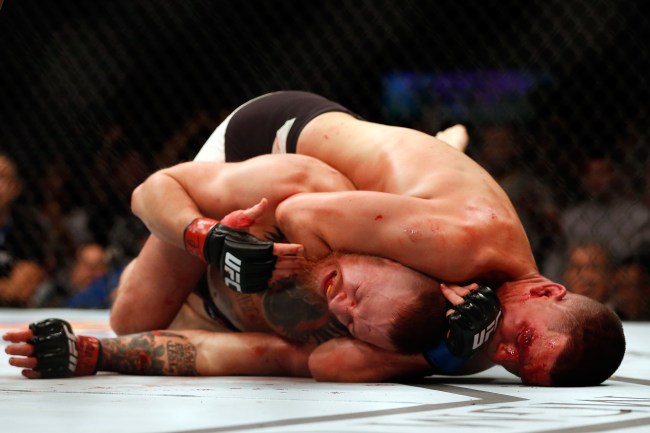 Conor McGregor believes he’s the GOAT and Nate Diaz had some fun with him.

On Saturday afternoon, McGregor took to Twitter to break down who he thought was the greatest MMA fighter of alltime.

According to his rankings, he’s the #1 or #2 greatest fighters of all-time.

Clarity on Silva’s earlier no.1 spot. Most stylistic finishes on resume. Front kicks to face. Up elbow (albeit outside UFC) Thai plum knees leading to broken facial bones. Long list of jaw dropping finishes. Myself/Anderson have the most exciting/important finishes in the sport!

Diaz, who beat McGregor a few years ago, trolled his rival by posting pics of the beatdown he put on him.

Smoked the #1 p4p and double champ
know the real 🐐 when you see him
And don’t for get I did it better and quicker than anyone else on the ground and sent him down with punches quicker than Mayweather did so fuck alll y’all rankings and know a real goat when you see me pic.twitter.com/wHmDqVERmf