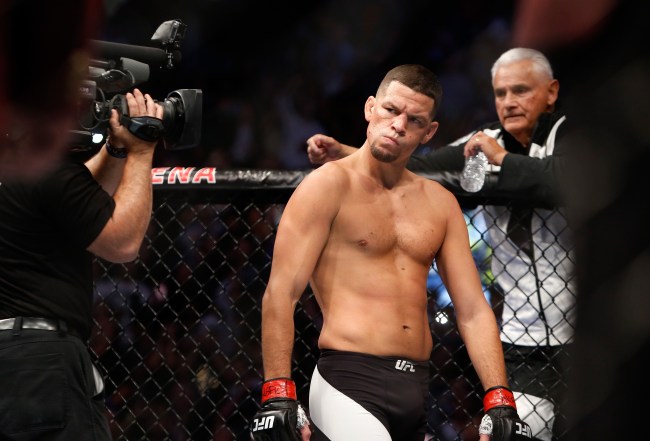 Things got a bit heated in the crowd between Nate Diaz And Khabib Nurmagomedov at last night’s UFC 239.

Apparently both fighters had to be separated after the two exchanged words while taking their seats.

Apparently, there was some kind of commotion involving Nate Diaz in the crowd at #UFC239. Cops and security jumped over the barricade to stop a brawl

Security moved Nate Diaz to sit somewhere else. He almost started a brawl with Khabib. Their seats were in the same row, couple seats apart. Diaz actually left his seat and tried to get around and wanted to start a fight. #UFC239

Here is video of the altercation.

hahahah would there be the word commotion without Nate Diaz?!

"They started to get in a fight."

"I'm sure a lot of bad things were said…"

Dana White confirms there was an altercation between Nate Diaz and Khabib Nurmagomedov at #UFC239 pic.twitter.com/7HSASZbOTG