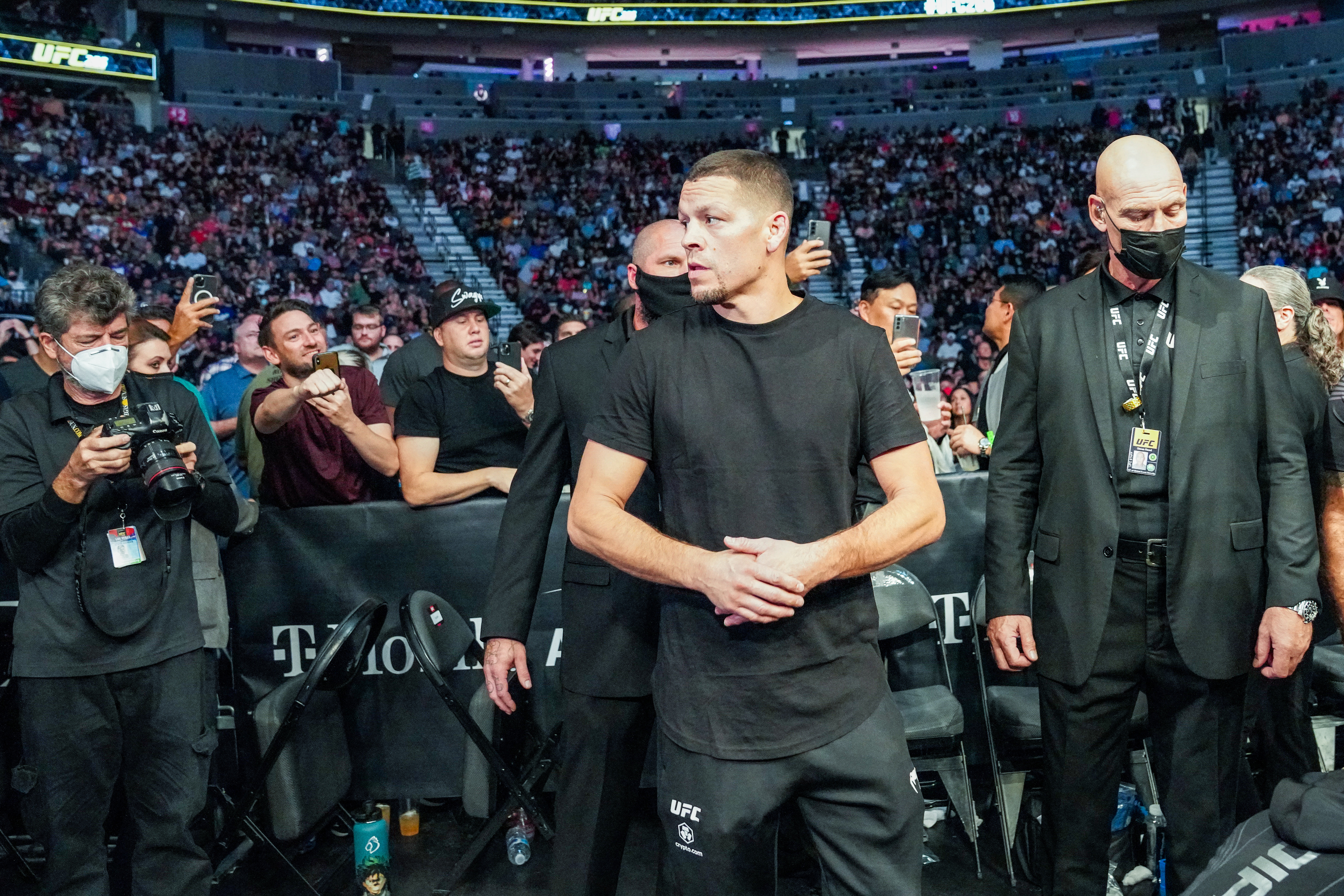 Nate Diaz is not a fan of the Nelk Boys’ new MMA reporter.

Over the weekend, the Nelk Boys announced they had recently contracted some dude named OG Shawny Mack to lead their MMA coverage starting at UFC 276 in Vegas.

While backstage at UFC 276, Shawny Mack tried to interview Diaz, but the UFC star mumbled something towards Mack and then slapped him upside the head.

Nate Diaz is not having it. #FullSendpic.twitter.com/FEsCozOsXC

Apparently, Nate was mad the Shawny Mack guy had made fun of one of his training partners on Twitter.

So I am actually hearing the Full Send guy was saying derogatory things recently about Nick Maximov – a training partner of Diaz – and he wasn’t go to let that go.

Some fans feel the whole thing was staged but with Nate you never know.