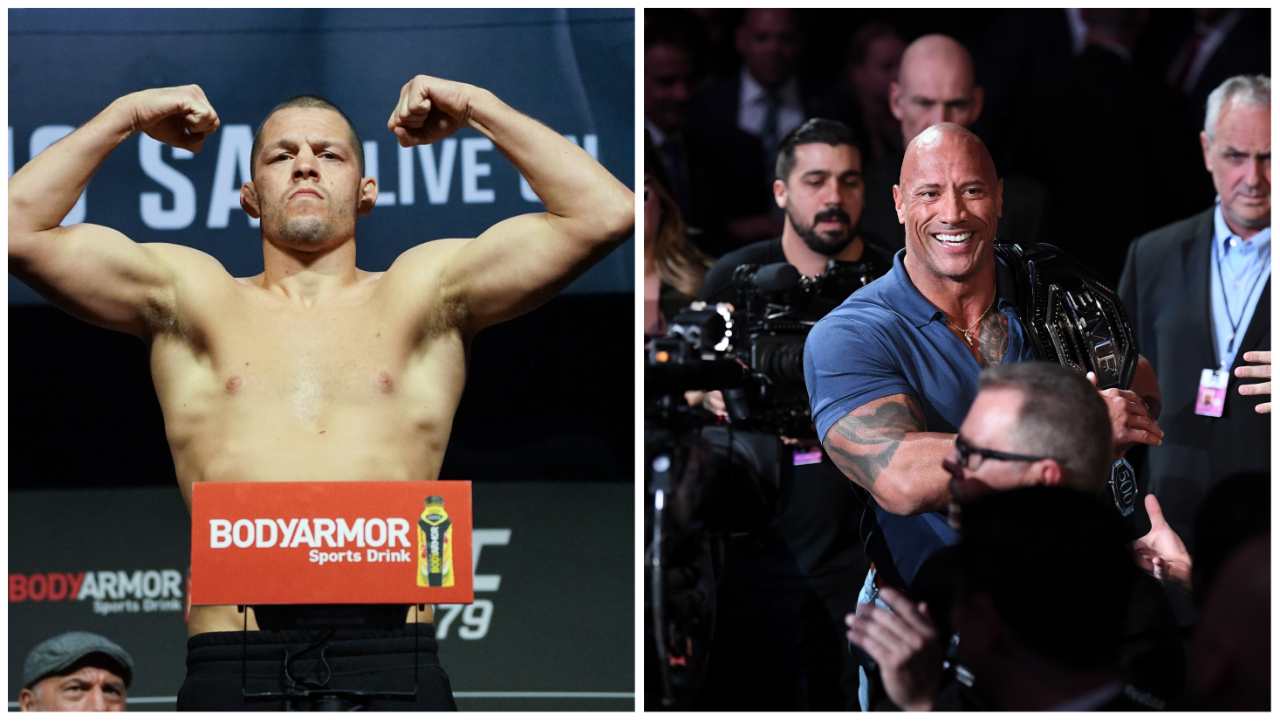 Nate Diaz is one of a kind.

Before UFC 279, the UFC announced that The Rocks’ ‘Project Rock” training shoes would be the official shoes of the UFC.

BREAKING: @UFC has announced that Project Rock — the motivational performance brand created by @TheRock — has been named its Official Footwear Partner.

The multi-year partnership begins this weekend with Project Rock footwear provided to all athletes and corners in #UFC270. pic.twitter.com/Tv0bdQew6U

Innovation created for UFC athletes around the world.#ProjectRock – the official footwear partner of #UFC 💪🏾

During his pre-fight interview at the weigh-ins, Diaz straight up trashed the shoes by yelling “these shoes f*cking suck” while an embarrassed Megan Olivi looked on in horror.

What they didn’t show in the interview pic.twitter.com/QdpwmMkizn

Diaz, who has been an outspoken critic of UFC sponsorship deals, is on the last fight on his contract and will likely leave the UFC after UFC 279.