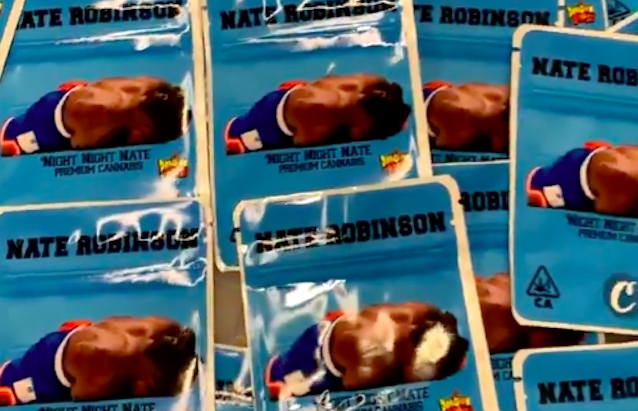 Over the weekend, Mike Tyson sparked a joint before making his way to the ring for the first time in almost 15 years to face off against Roy Jones Jr. following months of hype surrounding a main event featuring two dudes over the age of 50 who put on a fairly entertaining eight-round bout that eventually ended in a draw.

I personally wasn’t intrigued enough to shell out the $49.99 required to watch the PPV, as I figured that any truly notable moments would end up making their way to Twitter—which is exactly what happened almost immediately after Jake Paul knocked Nate Robinson out cold, which sparked a fury of memes and served as the catalyst for the “Nate Robinson Challenge” that quickly took social media by storm.

Robinson did get paid $600,000 for his troubles, which probably helped soften the literal and figurative blows he found himself on the receiving end of, but he’s still taking Ls days after the loss—including one that comes courtesy of an entrepreneur who dreams ups designs for Mylar bags used to package marijuana who recently unveiled “The Nate,” which features a picture of the former NBA player lying on the canvas following the devastating punch.

It’s worth noting that the bags in question are primarily targeted at dispensaries and dealers, so you won’t actually get any weed if you decide to pick one up for yourself. With that said, if you’re looking to get knocked out in a slightly more enjoyable manner than Robinson did, you might want to keep an eye out for these.