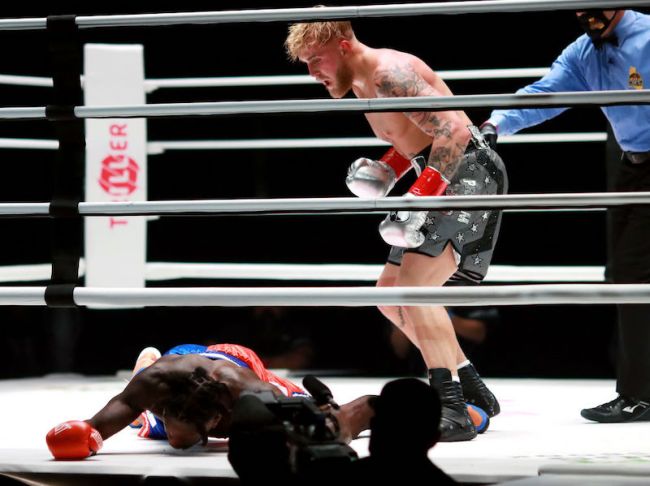 The world is still buzzing about Jake Paul‘s knockout of Nate Robinson last night as part of the undercard to the underwhelming Mike Tyson and Roy Jones Jr. fight.

Robinson’s head is probably also still buzzing after getting his clock cleaned by the YouTube star.

Robinson faceplant has been getting the meme treatment for the last 24 hours, but don’t feel too bad for the former NBA player. Robinson and Paul allegedly made some pretty good scratch for a couple of minutes of work.

According to online sources, Paul and Robinson both made $600K for last night’s fight.

Tyson and Jones allegedly made $1M a piece.

The original tweet does say that Robinson and Paul made $600 each for the fight but the figure was a typo.

Robinson will most likely take the money and run and never step foot in a boxing ring again.

Jake Paul wants to keep fighting and called out Conor McGregor to be his next opponent, which feels like a really bad idea that I’ll 10000% pay to watch.