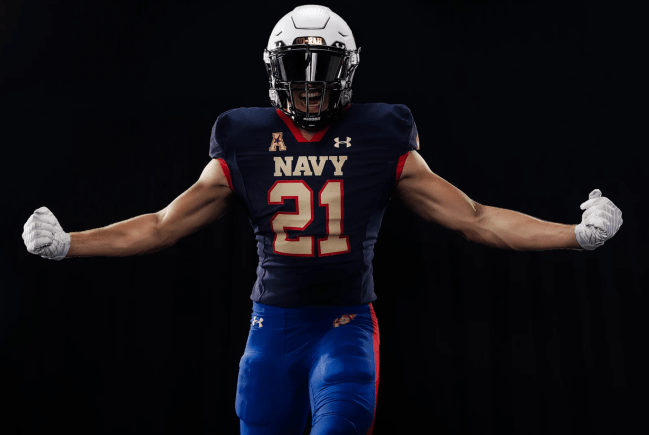 When the United States Naval Academy football team takes the field against Air Force on the 20th anniversary of the 9/11 attacks, the Midshipmen will be wearing some of the best uniforms of all-time. Navy unveiled its brand-new 2021 U.S. Marine Corps uniforms on Monday and they’re perfect.

Inspired by the iconic ‘Dress Blue A’ uniform, the football version “shares symbolic elements from both enlisted and officer regalia. It draws parallels with white gloves, black cleats, red trim, and royal blue pants. The actual ensemble worn by a Marine is the only uniform within the U.S. Military designated to include this red, white, and blue color scheme.”

Everything on the uniform has a USMC-inspired touch.

Down the side of the pants, the red stripe is known as the “Blood Stripe.” It first appeared on dress blue pants in 1798 and represents the bloodshed of Marines as a way to honor the fallen and injured.

Featured prominently on the side of the helmets is the Marine Corps’ symbol of the Eagle, Globe and Anchor. 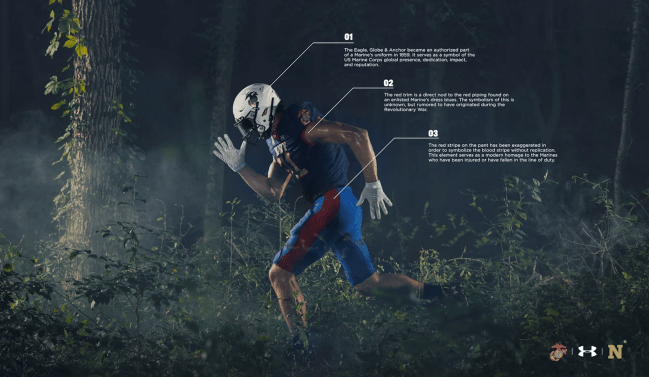 On the top of the helmets is the quatrefoil.

The quatrefoil is a cross-shaped braid that is on the top of a Marine’s barracks cover (hat) and allows Marines fighting on the decks of ships to be easily recognized by sharpshooters above the deck. 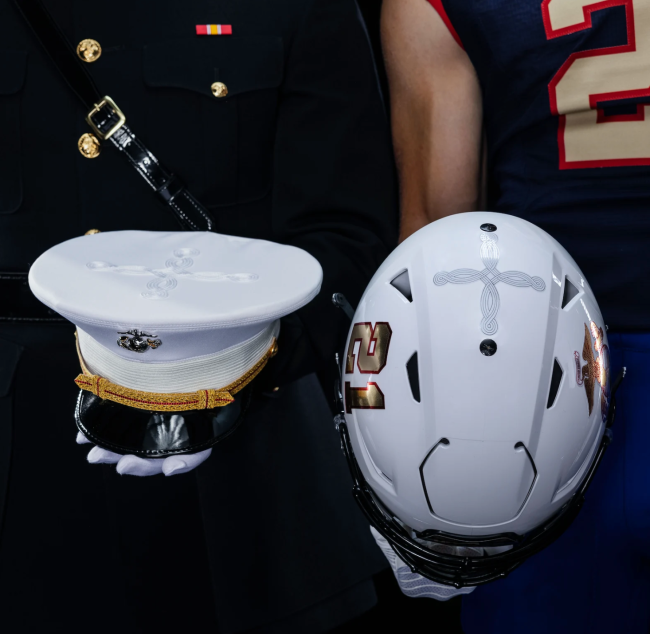 From top to bottom, the entire ensemble is a beautiful, well-executed nod to the Marine Corps. It looks nearly identical to the ‘Dress Blue A’ outfit, which is explained in full on the Academy’s website.

“The Navy Football team will wear the first USMC-themed uniform during it’s game against Air Force on September 11, 2021. This date marks the 20th anniversary of the 9/11 attacks and beginning of the global war on terrorism. As we watch these rivals on the gridiron, we acknowledge the unity amongst the U.S. Military branches and thank those who have dedicated themselves to the service of our country.”