A Look At The NBA All-Star Jerseys That Will Pay Tribute To Kobe And Gianna Bryant, All Of The Helicopter Crash Victims And David Stern 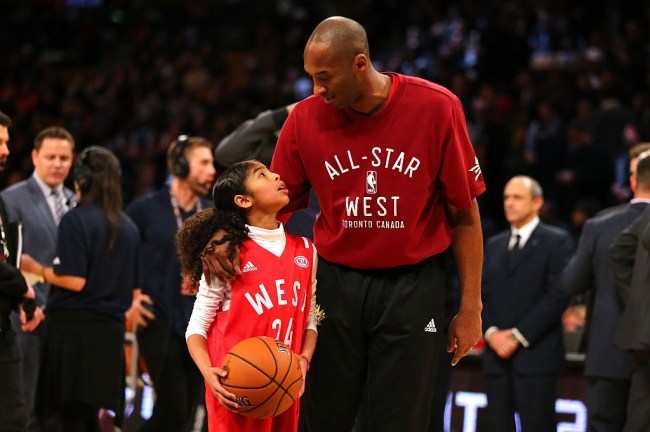 The NBA All-Star game will take place in Chicago on Sunday night and both teams’ jerseys will feature tributes to both Kobe and Gianna Bryant as well as all of the victims of the helicopter crash along with a black armband to honor the late David Stern.

It was already determined that every member of Team LeBron would be wearing Gianna’s No. 2 and all of Team Giannis would be wearing Kobe’s No. 24 on their jerseys, but these are the first pictures we’ve seen with the commemorative patches for the Bryants, the helicopter crash victims, and the former NBA commissioner.

As you can see, on the right shoulder there is a black patch with nine white stars honoring all nine of the lives that were lost in the helicopter crash. The black armband is on the left shoulder to pay tribute to Stern who passed away on New Year’s Day 2020.

The jerseys themselves certainly aren’t the worst All-Star jerseys we’ve seen throughout the years, either. There isn’t too much going on, there are the subtle pinstripes in the jersey and the logo itself on the front is interesting with the unique shaping.

The All-Star Game will tip-off at 8:00 PM EST from Chicago on Sunday while the three-point and dunk contests will be the night prior. You can catch all of the action on TNT.

Related: The NBA Announces Big Changes To The All-Star Game (Including Kobe Tribute), And Fans Are All Sorts Of Confused