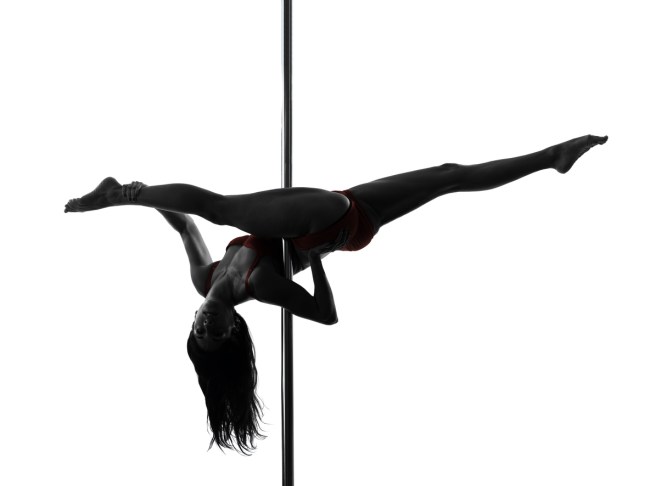 There will be 3,000 strippers invading Chicago to entertain the masses during the NBA All-Star Weekend in the Windy City. At least 2,200 of the strippers are there just for James Harden.

This eye-popping statistic comes to us from TMZ, who got the insider from three strip clubs in the Chicago area. The adult establishments, Ocean Gentleman’s Club, The Factory, and Club O, said they have hired Last Coast Entertainment to promote events at the clubs this weekend.

Last Coast Entertainment is the self-proclaimed “#1 industry platform in the Midwest,” whatever that means. They apparently help produce hip-hop music videos, mixtapes, and offer the services of DJ’s, videographers, and “models.”

The organization claimed that there will be 3,000 strippers needed to tantalize the NBA players and fans. Some are being flown in from New York City, Los Angeles, and Miami.

For exotic dancers attempting to get on the stage in Chi-Town during the Stripper Bowl, they will reportedly have to pay $300 to $350 per night to a club. Strippers will begin their sexy show by wearing NBA jerseys.

With all of these strippers, they also need a ton of dollar bills. Each of the gentleman’s clubs claim they will have $450,000 in single dollar bills EACH DAY this weekend. If that wasn’t enough, there are allegedly Brinks trucks ready to bring even more singles to make it rain on the strippers. This sounds like the backdrop for a tremendous heist movie.

The clubs said they will have 10 tables reserved each night, exclusively for NBA players.

If you’re not sure which of the three strip clubs you should frequent, Club O has a 3-star rating on Yelp, Ocean Gentleman’s Club has a 2.5 rating, and The Factory has a Yelp score of 2.

“Live this place. I’m there 4-5 days a week. Great food drink and bottle specials. Ladies are spot on. Always a good time. They’re also open for lunch was in there for the $5 lunch menu. Not bad and only $20 dances,” a Yelp user named Joseph wrote about Ocean Gentleman’s Club.

“Had a awesome night here! I got dances from all the girls that work here and they all were average except for one girl she’s a freak she made my night wish I would have found her earlier! She’s 5’4″ skinny with a tattoo of a barcode on her back and a tat on her arm! You have to GT a dance from her to know what I’m talking about but man she’s the best THE BEST LAP DANCE I EVER HAD WAS FROM GIRL WITH BARCODE ON BACK!!! I don’t remember her name but she was awesome easy to talk to and a ton of fun! By far The finest girl In the club has that BARCODE TATTOOED ON HER BACK she a hot beautiful brunette! That’s all I can remember but it was a blast and I’ve been to all the clubs in Chicago this girl makes the club,” a Yelper by the name of Chris said of Club O.

So there you have it.