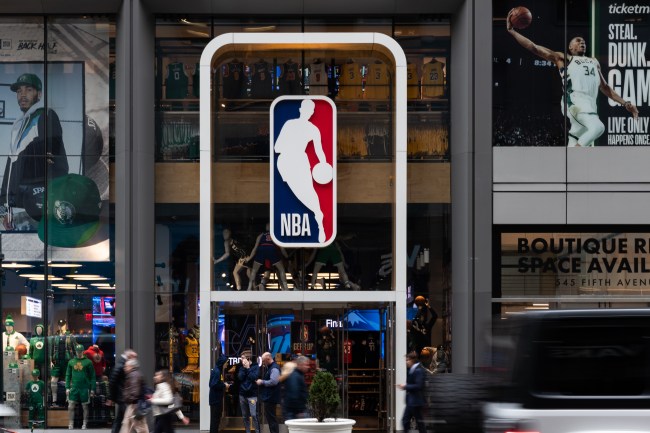 The rising number of coronavirus cases in Florida, which posted a record high Saturday with over 4.000 new cases in a single day, has NBA players and team executives nervous as they prepare to resume play in the Orlando “bubble” next month.

According to ESPN’s Baxter Holmes, NBA commissioner Adam Silver acknowledged he was concerned about the recent Covid-19 surge in Florida but still seemed determined to go on with the league’s plan to continue the season in Orlando.

Coronavirus cases are surging in Florida and concern is growing around the NBA. New story from @ZachLowe_NBA and I: https://t.co/iS8CEP0lbM

n at least one recent call with high-level team executives, NBA commissioner Adam Silver has acknowledged the spiking numbers in Florida. Team sources described the general tone of that call, including the questions asked of Silver on it, as tense. Another called Silver’s tone “resolute but somber.” He expressed a resolve to go on — a confidence in the NBA’s bubble concept — while recognizing the seriousness of the coronavirus spike, sources said.

Players were specifically worried about the Disney employees that will be allowed to come in and out of the bubble without getting tested for Coronavirus.

The National Basketball Players Association held a virtual town hall with players this week and addressed concerns about the Florida cases, sources familiar with the matter told ESPN. Players brought up the fact that Walt Disney World staffers who will not reside in the NBA campus — including hotel housekeepers — will not be subject to any coronavirus testing, sources said. One mitigating factor that was cited, a source added: Many of the new cases are in areas other than Orlando.

Said one head athletic trainer: “Everything that we know about Disney — and we’ve read over the years — is that you don’t realize how many thousands of people work there, right? That’s the magic behind it all — the amount of staff and the amount of services that they provide. And they’re in and out of the bubble.”

Teams are supposed to show up to Orlando in two weeks to enter the Disney bubble which means it’s pretty unlikely the NBA will be able to change course if the Coronavirus outbreak gets worse in Florida.