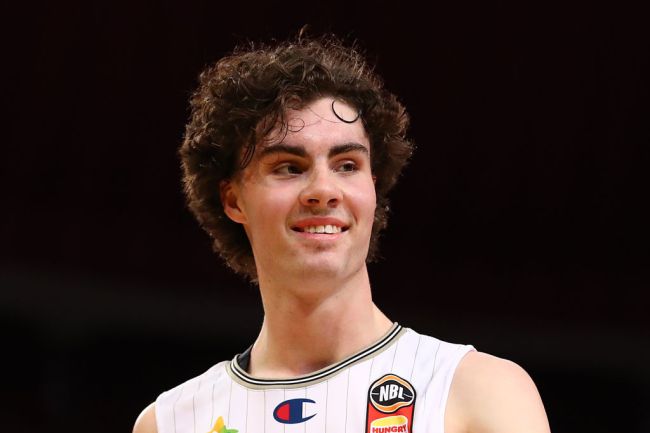 It has been approximately 16 months since we the world first began to work from home amid the COVID pandemic and the hot mic is still getting people. NBA reporter Brandon Rabhar was taking a Zoom interview ahead of the NBA Draft on Friday and it got awkward.

Rabhar, an Oklahoma City Thunder beat reporter, was on a Zoom call with potential lottery pick Josh Giddey. Giddey is an 18-year-old point guard out of Australia, was fielding questions before hopefully hearing his name called next Thursday.

One of the questions was particularly odd and out of nowhere.

Giddey was in the process of talking about being a mentee of former Aussie hooper Andrew Gaze. In the middle of his answer, the hot mic struck and someone asked “are you okay? did you poop?”

The look of confusion on Giddey’s face is priceless. It’s hilariously awkward.

In which @BrandonRahbar asks the tough questions to Josh Giddey, like if he pooped. pic.twitter.com/TtRkQGgbL4

Rabhar, who accidentally asked Giddey about his bowel movements, provided some context. He was talking to his son off-line and assumed that the call was muted. It, of course, was not.

So I'm 99% sure Josh Giddey just heard me ask "Did you poop?" to my 1 year old son and thinks I was talking to him.

Giddey kept going with his answer like a champ, but the entire thing couldn’t have been funnier.