New York Native Obi Toppin Broke Down In Tears After Being Drafted No. 8 Overall By The Knicks 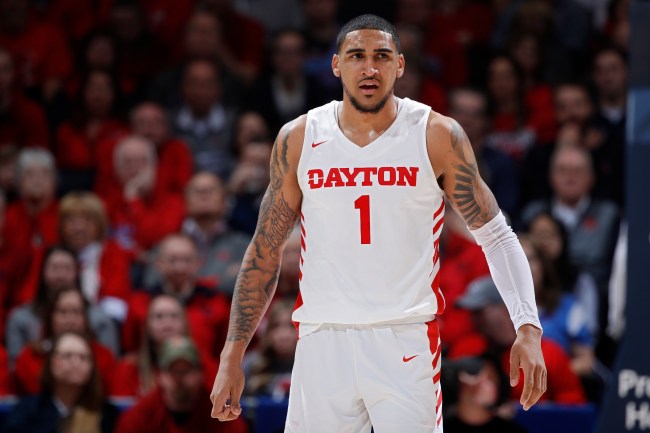 If you had told Dayton Flyers forward Obi Toppin five ago that he would be an NBA player, let alone a top-10 pick in this year’s NBA Draft, he wouldn’t have believed you. Tonight, the New York Knicks made that dream come true. The 6-foot-8 Brooklyn native grew up just a short subway ride away from Madison Square Garden and was moved to tears after the call came in.

Obi Toppin’s reaction to getting drafted by the Knicks pic.twitter.com/HTh3VEZdMH

Toppin averaged 20 points and 7.5 rebounds for the Flyers last season and did so in style. He was named the James Naismith Men’s College Basketball Player of the Year and quickly grew his draft stock as his team won all but two games last season. Toppin is a high-flying, rim-rattling scorer and is difficult to contain in the paint, but it is typically difficult for an Atlantic 10 Conference player to receive proper recognition. The last A-10 lottery pick dates back to 1999 when Lamar Odom was selected fourth overall.

The Knicks get themselves a serious dude by drafting Obi Toppin #NBADraft pic.twitter.com/w7Xi2Zu4YU

When ESPN spoke to Toppin after the news came in, he couldn’t hold back his emotions.

“Me reppin’ my city, it’s amazing. … I’m not gonna take it for granted. I promise you that.”

Obi Toppin tells @malika_andrews why he feels so blessed to be drafted by the Knicks. #NBADraft pic.twitter.com/9hQ643acT3

“Me reppin’ my city is amazing,” he said. “A lot of people pray to be in this position, and I’m not going to take it fore granted. I promise you that.”

Knicks fans were overwhelmingly excited about the pick as opposed to some of the selections from the past few years, and the New York kid going back home was one of the best storylines from Wednesday night. Grown men being moved to tears will always trigger the same reaction for those watching.