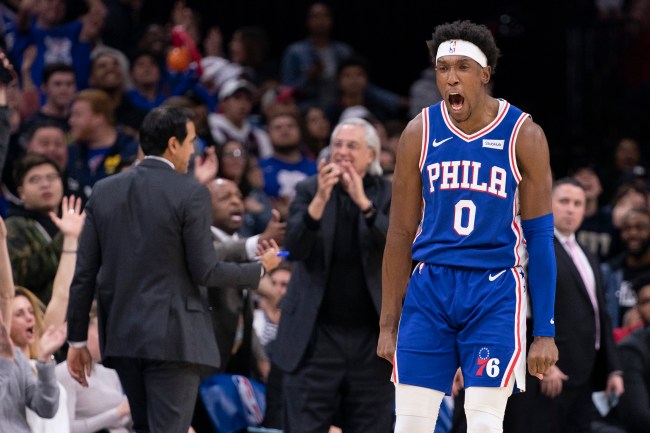 Josh Richardson of the Philadelphia 76ers was having a nice night on Twitter when a pretty amusing series of events unfolded. He sent out the tweet below about hearing Brian’s voice in the Family Guy theme song when a random follower called him out about getting drug tested.

What happened next might surprise you…. Actually, that’s bullshit. You already know the man got tested because I told you in the headline. I’m not trying to pull some 2012 clickbait shit here. I don’t even know why that ‘surprised you’ trash popped into my head. It’s been a long week, bros, cut me some slack.

You getting drug tested tomorrow for this tweet g https://t.co/GbkdTlqrMt

You will never guess what happened to me this morning 😂😭😂😭 https://t.co/A6F8NHXFf9

These professional sports leagues are out of control with their ‘random’ drug tests. I say this because there’s absolutely NO REASON they should even be testing for weed in the first place when multiple teams are located in states where Cannabis is legal for recreational use. What’s the point of drug testing a guy after his Family Guy tweet when it’s only the potential of cannabis in his system? Is the league really that desperate for a $25,000 fine?

Back to J-Richardson’s original point. Hearing Brian’s voice in that opening song for the first time. He really hits that low note on ‘On Which We Used To Rely’ and suddenly I’ll never be able to un-hear it myself. It’s there. In my brain. Forever.

I still can’t believe they’d drug test the man for that shit right there.