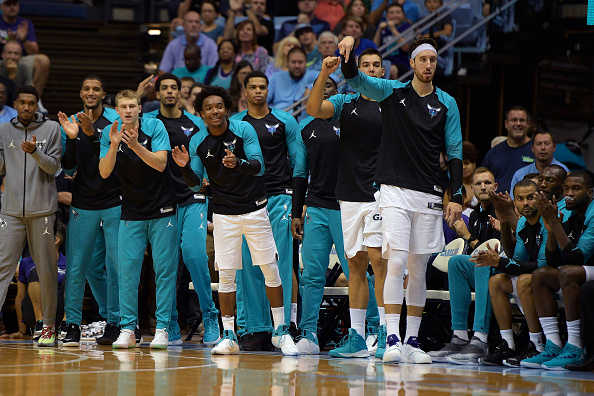 Yesterday afternoon Charlotte Hornets big man Frank Kamisky leaked a “family information” contact from the team sent him to fill out that had a separate line for players’ wives and girlfriends.

The Internet had some pretty hilarious reactions to the form.

Well I guess we all know who they’re signing next pic.twitter.com/SiizF22Kaf

Well MJ is running things over there so that makes sense.

Black Sports Online spoke with an NBA executive about the reasoning behind the questionnaire.

The wording on the Hornets questionnaire is bad, but I am sure they didn’t expect a player to put it on IG. It isn’t unusual for players to alert teams their wife and girlfriend will be attending a game, we need that information to make sure they are seated as far apart as possible. Some players prefer their wives in a suite and side chick closer to the floor or vice versa. I know people think this is unusual and had a good laugh at Hornets expense, but this happens almost every game.

While the Hornets maybe made a mistake on how they worded it, NBA Executive tells me that teams do get the information on any women a player might have at game including wives, girlfriends, IG models and etc

Makes sense to keep the drama in the stands from affecting the players on the court.