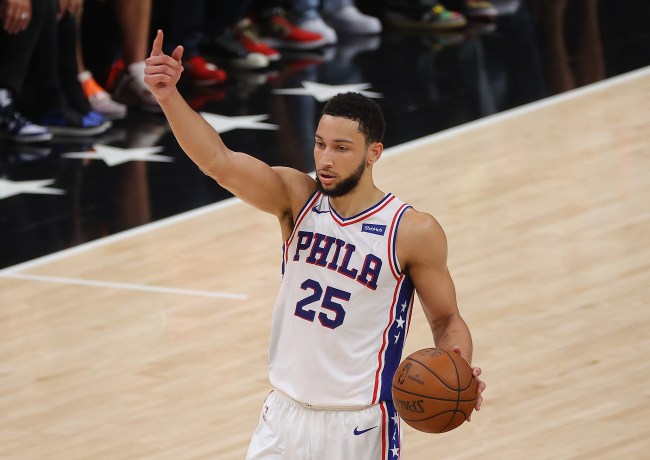 The Ben Simmons trade saga continues to drag on for the Philadelphia 76ers. They’ve spent months trying to move on from their disgruntled star, but to no avail. Now they have decided to add a new piece to their trade negotiations.

The Sixers are looking to package Tobias Harris with Ben Simmons in trade talks, per @MarcJSpears

This feels like one of two things is happening in Philly. Either the 76ers are getting desperate or they think they have way too much leverage in a Ben Simmons trade.

They don’t accept anything for Ben but expect a team to trade for him and now a heavy contract?

Harris has one of the worst contacts in nba history

With less than a month until the NBA trade deadline, the Philadelphia 76ers are going to need to get their Ben Simmons problem figured out quickly. The solution could involve throwing in extra pieces to make a trade more appealing.

It just seems unlikely that Tobias Harris and his oversized contract will be that necessary piece. I guess we’ll find out soon enough.