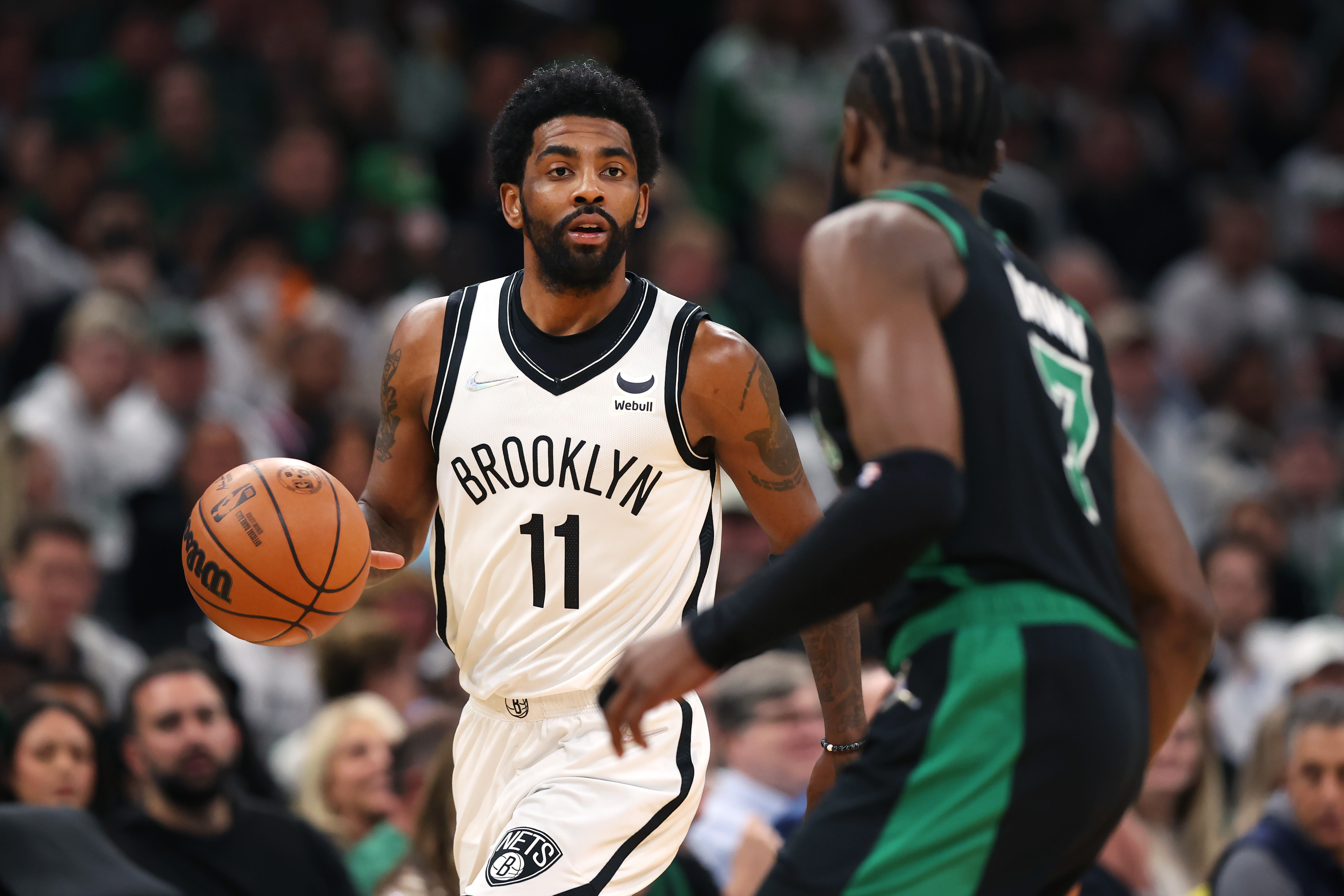 Kyrie Irving’s pocket is a little lighter after game 1 of the Nets-Celtics series.

On Sunday, Kyrie was seen cursing at Celtics fans while walking to the locker room and flipping off several fans during the second half of the game.

Kyrie gives the Boston crowd the middle finger after a tough make 🖕 pic.twitter.com/7pVQYPJrR2

Kyrie messing around with the heckling Celtics fans 😅 pic.twitter.com/DViIXTIYH0

According to Kyrie, he was just giving the crowd the same energy that he was receiving from them.

“Where I’m from, I’m used to all these antics and people being close nearby. It’s nothing new when I come into this building of what it’s going to be like,”

“It’s the same energy they have for me, and I’m gonna have the same energy for them. And it’s not every fan. I don’t want to attack every Boston fan. But when people start yelling, ‘p—y’ or ‘b—h’ and ‘f— you’ and all that stuff, there’s only so much you can take as a competitor.”

On Tuesday, the NBA announced they were fining Irving $50k for his actions during game 1.

The following was released by the NBA. pic.twitter.com/KpNRX6alBg

A majority of NBA fans believe it’s unfair that Kyrie can’t respond to vulgar heckling fans without getting fined.

not a fan of how kyrie left boston but it's pretty damn stupid that the fans can yell whatever they want at him but he gets fined that much for rightfully giving it back to them https://t.co/mBV6Bmi4t7

So, the NBA has no requirements for Fans to be respectful, and to peacefully enjoy the ENTERTAINMENT that THEY paid for, but players must be subjected to god knows what comments/gestures and are supposed to have 00 reactions or reciprocation? Got it. https://t.co/gbF2lPEhtm

the fans should be held accountable too. this is insane. & spare me with "it's apart of the sport" idc how long it's been going on. no one should be verbally abused. idgaf. https://t.co/qseHPI6YlX

But fans can do whatever they want? L