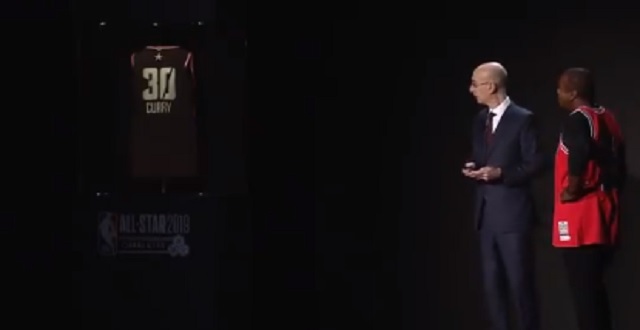 This afternoon NBA commissioner Adam Silver unveiled the NBA’s jersey of the future which is basically a jersey that has the ability to change numbers/names.

Adam Silver unveils the NBA jersey of the future. pic.twitter.com/h5GePOwOjx

I’ll have more on this later but NBA commissioner Adam Silver revealed the jersey of the future today where you can change the name and number on the back with a push of a button. pic.twitter.com/PCGnFIKPTi

While the technology is still unfinished it’s definitely pretty cool but of course Twitter couldn’t stop making jokes about its application.

This NBA digital jersey will finally help me achieve the life goal of having a #20 Clippers jersey for a player named “Matchbox.”

When you want a name changing jersey but hate everyone on the Bulls pic.twitter.com/atoXNPfFXF

Like, this might be the most pointless application of technology I've seen in sports. When would a name/number-changing jersey be needed, other than for Drake?