G League To Institute Major, Controversial Rule Change That Could Soon Come To The NBA 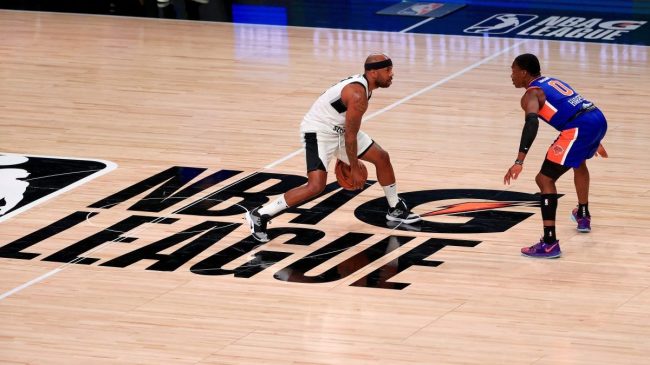 The NBA G League has come to be known as the proving ground from some of the best young talent in the basketball world. Thanks to the introduction of the G League Ignite in 2020, it’s given a genuine alternative to college basketball for high school prospects wanting to take the next step.

The 2022 NBA Draft saw a pair of G League Ignite players selected in the first round. The New Orleans Pelicans selected Dyson Daniels with the No. 8 pick. While MarJon Beauchamp went No. 24 to the Milwaukee Bucks. Jaden Hardy became the third player selected from the team when he went to the Sacramento Kings at pick No. 37.

But now the league is in the news for a different reason, and it’s raising a lot of debate.

News broke late Thursday afternoon that the G League would adopt the Elam Ending for select games in 2022. Those include the 2022 Winter Showcase and all other overtime games. The Winter Showcase is “an annual in-season scouting event, when all teams converge in one city to play in front of NBA general managers and player personnel executives from all 30 NBA teams”

The NBA G League today released its 2022-23 game schedule, which tips off Nov. 4. Each team will play 50 games. New this year, games that advance to overtime will be decided by a Final Target Score.

MASSIVE NEWS: The Elam Ending is coming to the NBA G League

What Is The Elam Ending And Why Should I Care?

The Elam ending is an alternate way of determining how and how quickly a basketball game ends. It aims to eliminate late-game fouling that can drag out the ends of games.

But how does it work?

The explanation is simple. At the first dead ball under four minutes remaining in the fourth quarter, the game clock shuts off. The winning score is then determined by adding eight points to the team that is leading. So if a team is up 80-72, the target score to win is 88. Whichever team reaches that point first wins.

The purpose of the target score is purportedly to allow the trailing team to focus on getting stops and scoring, rather than fouling to extend the game.

The G League will use a modified version of these rules. All Winter Showcase games will have untimed fourth quarter with a target score 25 points more than the leading team’s score entering the quarter. While all overtime games will be the first team to seven.

So What’s The Big Deal?

The Elam Ending was created by Ball State professor Nick Elam and has had plenty of supporters and detractors. Fans of the ending say it eliminates needles fouling. While detractors say it takes out an important element of the game in late-game foul shooting.

Looks like the ELAM Ending is heading to the G-League! :O https://t.co/5e14PXkSpW

The day they put this in the NBA is the day I stop watching it https://t.co/ioQkYFNDaF

Like it or not, the Elam Ending continues to get closer and closer to the NBA.