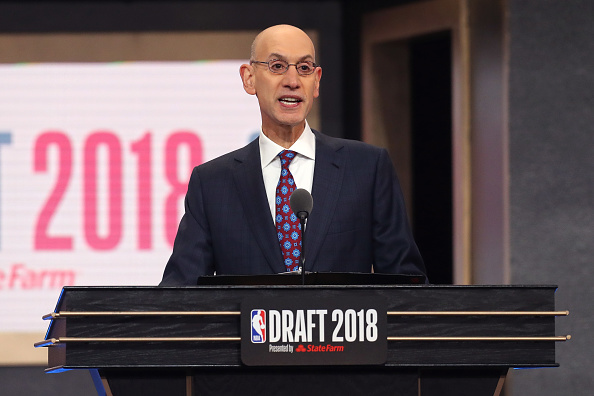 It seems like the NBA isn’t ready to completely eradicate its “one-and-done” rule that prevents players from entering the NBA. Instead the NBA is increasing its salary for select high profile high school recruits to $125k who want to join the G-League as an alternative to going to college.

Potential one and done prospects will already have access to this “professional path” starting at NBA Summer League in July. The NBA Academies, and other NBA franchises (such as Basketball Without Borders, All-Star Weekend, the NBA Global Camp, and more) could also be utilized.

Already getting quite a few calls/texts from many of the top NBA agents. They're salivating at this development and think it will gain major traction. Also hearing from some of the major college programs who are understandably nervous & want to learn more https://t.co/pFDaw0EA0E

A working committee will be formed shortly to help answer some of the most pressing questions that arise from this. What caliber of player should they pursue? How many? How will they be dispersed to G League teams? There’s a lot still yet to be decided.

This news is unfortunate for LaVar Ball’s JBA league which attempted to use the same model to attract high school graduates to their league.

LaVar Ball’s basketball league unofficially died today when the NBA announced that the G League would be willing to sign players — who are 18 but not yet an NBA eligible 19 — to a 5-month, $125,000 contract.

Don’t we have a league similar to that ? pic.twitter.com/vQInZUBMyp

While the increased salary for select recruits is nice it would have been better if they just allowed 18 year old player to join the NBA.

I have doubts about how many top players will go this route. Some, yes. But G-League is full of early connecting flights, long bus rides, small gyms. It isn't glamorous. Big-time NCAA ball still has the trappings of exposure, packed houses, private jets. You'll get paid there too