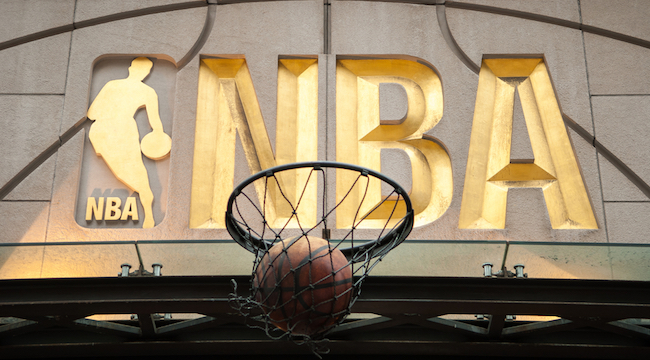 Each year, the NBA interviews every GM in the league and asks them to predict how they think the season is going to play out. These predictions include which team will win the championship, who will be named the MVP, and who will take home Rookie of the Year honors.

The results of the 2017-18 survey were just released, and based on the answers, it seems like the GMs have already decided on how the season is going to play out. A whopping 93% of the men surveyed say that the Golden State Warriors will take home the Larry O’Brien trophy in  (for comparison, “only” 69 percent of those who answered last year survey correctly predicted the eventual winner).

Both the Warriors and the Cavaliers were given a 97 percent chance of winning their conference, and when it comes to individual performances, LeBron James is still considered the most talented player in the league by many measures. He is the favorite to take home the MVP award and is considered by many to be the most talented player in the league when it comes to basketball IQ, leadership, passing, and versatility.

In Ball-related news, Lonzo is the favorite to take home Rookie of the Year honors, although it’s worth noting none of the GMs predicted Malcolm Brogdon would earn the title last year. If you think that’s going to stop LaVar from bragging, well, you don’t know much about LaVar (for what it’s worth, none of the GMs picked the Lakers to win the title).

The survey contained a total of 47 questions, so if you want to go down the rabbit hole, be sure to visit the NBA’s website to get some more insight into how the men who get paid to be basketball gurus think things will unfold.