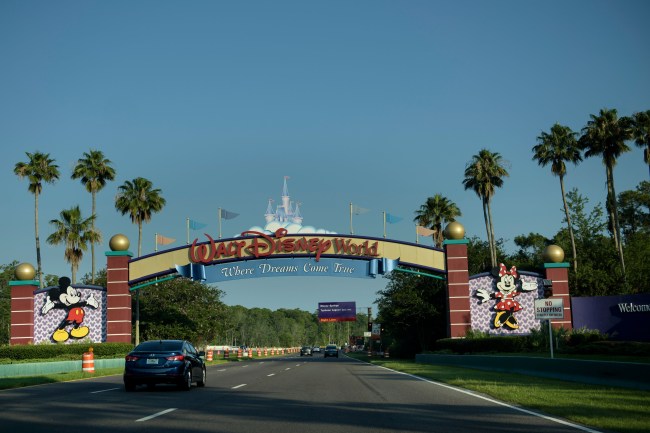 All signs are pointing to the NBA season restarting in Orlando some time in the near future but players and owners still have a lot of logistical things they have to figure out.

According to The Athletic’s Shams Charania, the Walt Disney World Resort in Orlando is the “clear frontrunner” to become the NBA’s playing site whenever the season restarts due to the fact that there are several sports complexes in a central area near hotels.

Orlando’s Walt Disney World Resort is the clear frontrunner to become the NBA’s playing site to resume the 2019-20 season amid the coronavirus pandemic, sources told The Athletic.

Orlando is on track to win its bid so long as final details regarding testing and hotel use are resolved. For the NBA, Orlando/Disney World’s controllability as a playing site — with a private property having the necessary complexes, hotels and amenities — has been the most appealing of all the possibilities all along.

Unfortunately, it doesn’t seem like all players are happy about Orlando getting picked because there could be a ‘huge disparity in hotel quality” between teams.

As @TheSteinLine noted, it appears there is some concern about accommodations for all 30 teams at Walt Disney World. I've heard some grumbling from agents about the potential for huge disparity in hotel quality https://t.co/mSJECnhJHB

Fans blasted players for griping about hotel quality in Orlando and gave their own solutions to the problem.

There are very legitimate reasons to cancel the NBA season, or have reservations about the plan, but, “the hotels might not be equally nice,” is just a ridiculous issue to even come up.

This is incredible. Posturing for the best hotel rooms during a pandemic https://t.co/ZqoYT65vC7

The NBA is worried about hotel quality?

Easy solution: Draft hotel accommodations based on record. Teams at bottom of the standings don't get nice rooms…tough. Can't believe this is even an issue. https://t.co/1d88MkQNUB

Bottom seed stays at that AirBnB that looks real dope for $80 a night that claims it’s in Orlando so you click on it but turns out is in Haines City https://t.co/eDhIFSXGut

We need a full ranking of all Disney properties, stat. Also, good chance NBA players can get into parks an hour early some days and avoid the longer lines. https://t.co/t2qm0Pou5Y