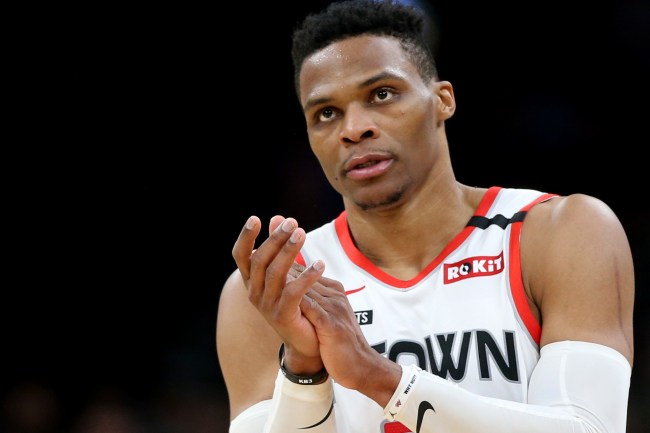 Russell Westbrook wants out of Houston which is making things a bit awkward with the team and Rockets fans on Russ’s birthday on Thursday.

On Wednesday night it was revealed that Westbrook had requested a trade from the team for various reasons including not wanting to play alongside James Harden anymore.

Thursday is Westbrook’s 32nd birthday and the team did the classy thing by wishing him a happy birthday despite everything that’s going on behind the scenes.

I’m not wishing a fraudulent Ninja Turtle a “Happy Birthday.” Ship him off to the sewers of NY already. https://t.co/QJnky2Aq3l

I wonder what he's gonna wish for? https://t.co/dhc1wZUfPx

Just like Tillman Fertitta to save money by throwing a birthday party and going away party at the same time https://t.co/5rOHwZTpyV

This the equivalent to posting your girl on social after she put "single" in her status https://t.co/LjGkC6bsyq

This is how it look when you text your ex on her bday https://t.co/VboNc1sT86