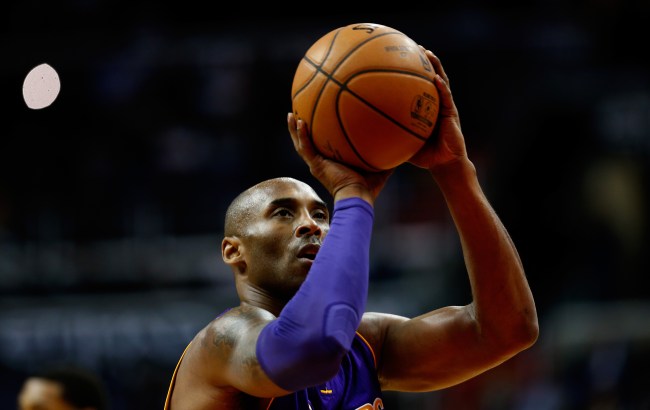 Kobe Bryant tragically died over the weekend and fan’s wants the NBA to honor him a big way.

Not only have fans called for the league to retire his number but they also want the NBA to make Bryant the new logo.

This should be the new NBA logo 🐐 pic.twitter.com/pL5jLgQ5Eo

Not joking one bit, they should make the NBA logo Kobe Bryant. pic.twitter.com/0lLwx38CRf

Fans went as far to start a petition calling for the league to make Kobe the logo. That petition has currently been signed by nearly 3 million people.

With the untimely and unexpected passing of the great Kobe Bryant please sign this petition in an attempt to immortalize him forever as the new NBA Logo.

Millions have signed a petition to have Kobe Bryant become the logo for the NBA. Here's why it isn't going to happen: https://t.co/gyxRn5aEZZ

Sources familiar with the league’s thinking said there is no interest in having an individual player as its logo because there are so many who have been instrumental in the growth of the game and the NBA. Generic is better.

This makes sense considering the league has always tried to deny that Jerry West is the inspiration for the logo.