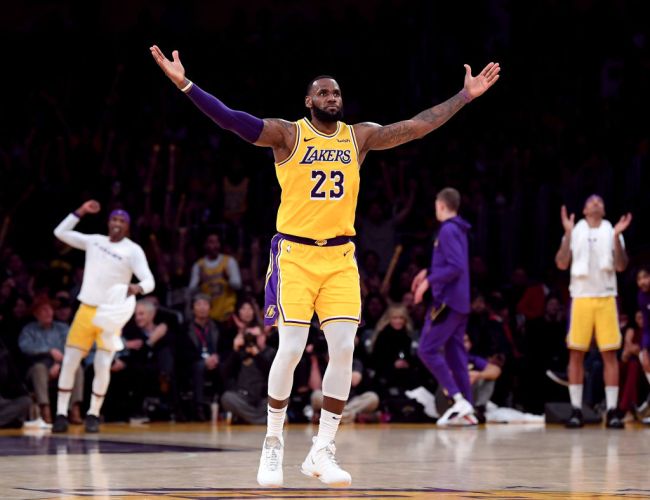 The NBA has issued a response to LeBron James’ criticism of the league.

On Wednesday afternoon, Clippers superstar Kawhi Leonard became the 8th NBA All-Star to go down with an injury during the playoffs.

Kawhi Leonard will be the 8th different All Star to miss a playoff game this year — the most in a season in NBA History, per @EliasSports.

Following the Kawhi news, LeBron went off on the NBA for forcing the players to play during a shortened season which he claims is to blame for the sudden rise in injuries among star players.

They all didn’t wanna listen to me about the start of the season. I knew exactly what would happen. I only wanted to protect the well being of the players which ultimately is the PRODUCT & BENEFIT of OUR GAME! These injuries isn’t just “PART OF THE GAME”. It’s the lack of PURE

RIM REST rest before starting back up. 8, possibly 9 ALL-STARS has missed Playoff games(most in league history). This is the best time of the year for our league and fans but missing a ton of our fav players. It’s insane. If there’s one person that know about the body and how it

works all year round it’s ME! I speak for the health of all our players and I hate to see this many injuries this time of the year. Sorry fans wish you guys were seeing all your fav guys right now. 🙏🏾👑

The NY Times Marc Stein received a statement from NBA spokesman Mike Bass who cited stats showing injuries have not gone up this season versus previous seasons.

NBA spokesman Mike Bass after criticism of the league schedule from LeBron James:

“Injury rates were virtually the same this season as they were during 2019-20 while starter-level and All-Star players missed games due to injury at similar rates as the last three seasons. (1/2)

More from NBA spokesman Mike Bass to @NYTSports on criticism of this season's schedule registered today by LeBron James:

"While injuries are an unfortunate reality of our game, we recognize the enormous sacrifices NBA players and teams have made to play through this pandemic.”