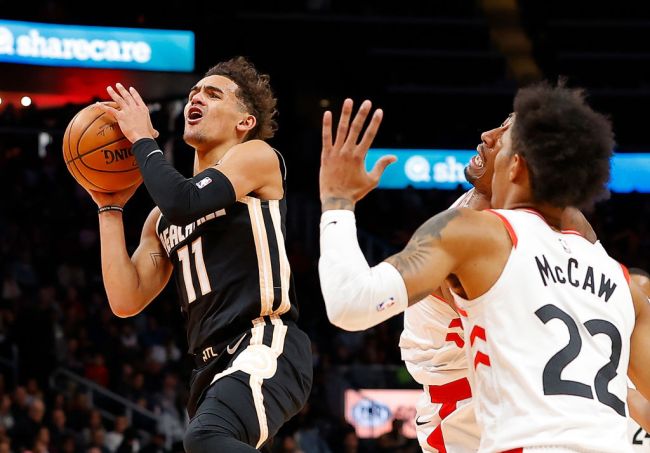 The NBA is planning to implement a rule change this upcoming season that would limit non-basketball moves used to draw fouls, according to The Athletic’s Shams Charania.

All 30 NBA general managers met Monday in Chicago to discuss the adjustments. However, the Competition Committee and the Board of Governors still need to approve the changes.

Referees would be trained to call the following acts offensive, rather than defensive fouls:

If the referee deems the act “marginal,” then there will be no foul given to either player.

Though the rule change would not come into effect in the 2021 playoffs, referees may be calling it soon. If approved, the league reportedly will implement the new rules in the Las Vegas Summer League in August. This would allow players to adjust to the revisions.

In recent years, the rate at which officials call in favor of offensive players has sparked concern. Some of the most infamous for doing so are James Harden and Trae Young.

If there is one thing the NBA is lacking, it is defense. However, this rule change would bring it back to the NBA. Players will finally have the ability to guard confidently knowing that the opposing shooter cannot sway perform a clever move to dupe them into committing a foul.