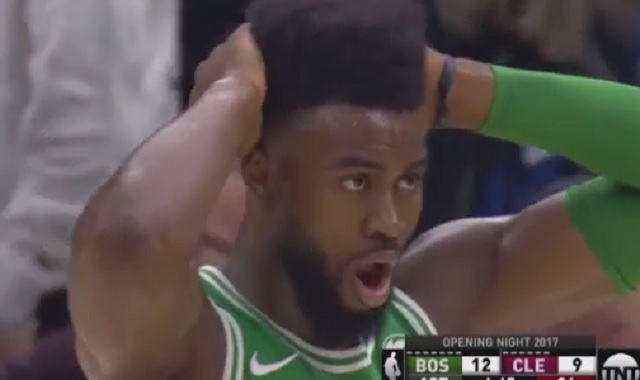 In the first quarter of tonight’s season opener between the Cavs and the Celtics, the entire NBA world was in shock when Boston Celtics forward Gordon Hayward went down with a gruesome leg injury .

With only two games scheduled tonight, several players across the Association were watching the game and instantly reacted to the injury on Twitter.

Praying for my guy @gordonhayward!!! NEVER want to see any of the guys go through anything like that.

PRAYERS UP TO @gordonhayward & HIS FAMILY! OMG NEVER WANT SOMETHING LIKE THAT TO HAPPEN TO ANYONE LET ALONE A NBA BROTHER! 😓

Prayers up for @gordonhayward and his family. Much Love and support. It’s about more then basketball. #brotherhood

No way… that ain’t fair…

Never want to see that man!#thoughtsandprayers

God bless G, you gunna be alright. Get well. Prayers with you