NBA Players Vote To RESUME The Playoffs, According To Woj 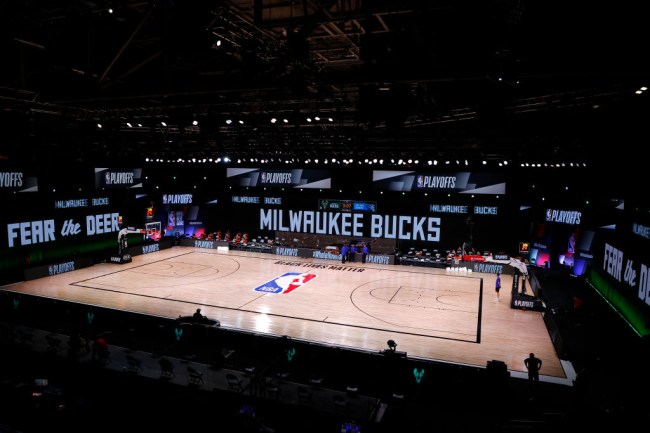 ESPN’s Adrian Wojnarowski has tweeted that the NBA players have voted to continue the NBA playoffs. While the playoffs are set to be resumed, Thursday’s three playoff games will be postponed. No official res

The vote from the players comes less than 24 hours after the Milwaukee Bucks decided to hold a strike and sit out of their Game 5 first-round playoff game against the Orlando Magic in light of the Kenosha Police Department (located in Wisconsin) shooting 29-year-old Jacob Blake.

The NBA's players have decided to resume the playoffs, source tells ESPN.

According to ESPN’s Tim MacMahon, players held a meeting at 11 a.m. on Thursday and there will be another meeting later in the day with two players from each team.

The Milwaukee Bucks’ decision then set off a chain reaction that saw the other two games scheduled for last night — the Oklahoma City Thunder vs the Houston Rockets and the Portland Trail Blazers vs the Los Angeles Lakers — be postponed as well. At this time, it’s unclear if the next games played will be the three that were postponed on Wednesday.

Following the postponements and a team statement from the Milwaukee Bucks, the NBA players held a meeting amongst themselves last night in The Bubble, where they discussed their next move and whether or not they want the season to the postseason. After early reports indicated that the Los Angeles Lakers and the Los Angeles Clippers were the only two teams who voted to discontinue the season, Woj is now tweeting that the players have decided the show will go on and the playoffs will continue.

The NBA wasn’t the only league to postpone games last night, as the WNBA, MLB, and MLS all followed suit.