The NBA Season Has Been Suspended 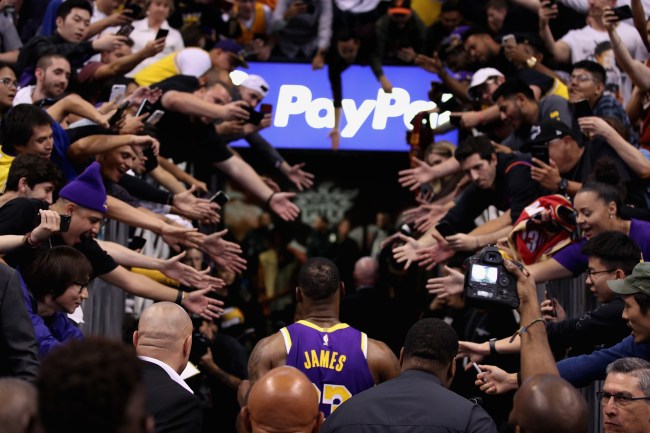 The 2019-20 NBA season has been suspended, according to Shams Charania of The Athletic.

The NBA announced that a player on the Utah Jazz has preliminarily tested positive for COVID-19. The test result was reported shortly prior to the tip-off of tonight’s game between the Jazz and the Oklahoma City Thunder at Chesapeake Energy Arena. At that time, tonight’s game was canceled. The affected player was not in the arena.

The NBA is suspending gameplay following the conclusion of tonight’s schedule of games until further notice. The NBA will use this hiatus to determine the next steps for moving forward in regard to the coronavirus pandemic.

While the official statement from the NBA does not name a specific player, the individual in question is likely center Rudy Gobert, who purposefully touched the microphones of reporters during Tuesday night’s press conference in an effort to make a joke about the coronavirus situation.

Rudy Gobert just forced the NBA to suspend its season because he decided to do this. WHAT A GUY! pic.twitter.com/FY8JqtOCsv

The suspension of NBA league play comes the same day that the World Health Organization officially characterized the spread of the coronavirus as a worldwide pandemic.

The NBA is far from the only sports league to take such measures, as the Italian soccer league Serie A has already suspended games until April, while reports indicate the Premier League will be announcing similar restrictions tomorrow.

Similarly, Champions League matches have been played behind closed doors, as Neymar and Paris Saint-Germain defeated Borussia Dortmund by a score of 2-0 inside of an empty stadium earlier today.

As the statement indicates, the NBA will now decide on their strategy for the remainder of the season. Options on the table include playing behind closed doors, indefinitely suspending the season, or canceling the 2019-20 season entirely.