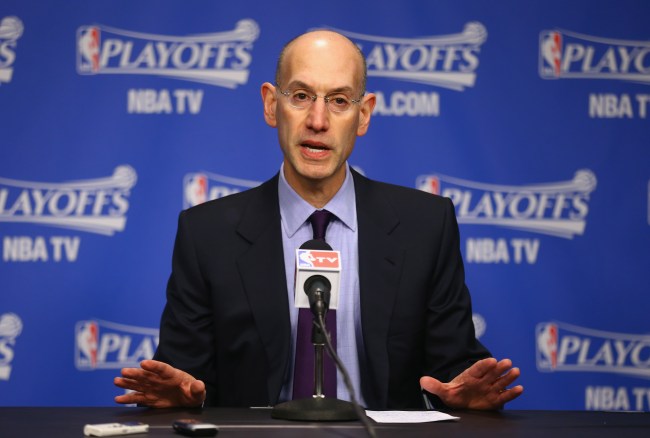 The NBA is beginning to look at all options to be able to resume their season this year.

One of the ideas that has been gaining support within league circles is sequestering the entire league and playing games at a single site. The NBA would ideally want to quarantine all the players, coaches, trainers, officials, broadcasters and everyone needed to conduct games at one site to limit travel and exposure to the coronavirus.

Last month, Vegas was proposed as a possible playing site and now according to The Athletic’s Shams Charania the NBA is taking a look at Walt Disney World resort in Orlando as a potential spot where they could resume the season.

According to Shams Disney has also already offered up their properties to the NBA to do as they see fit but the league is still discussing how to go forward.

Our Insider @ShamsCharania reports on the NBA considering Disney World Resort as a potential return playing site and the latest discussions around coronavirus. pic.twitter.com/BUNNSFdKmA

I’m told Disney has already offered up it’s property as the NBA sees fit. The NBA has discussed several different playing sites, Orlando being the latest. NBA commissioner Adam Silver spoke with all the 30 commissioners with the league doctor on the call who shered some positive developments on potential drugs and medicines for the Virus.

Considering Disney owns a ton of courts and hotel rooms in a nearby vicinity, playing games at the Walt Disney World resort seems like a no-brainer.