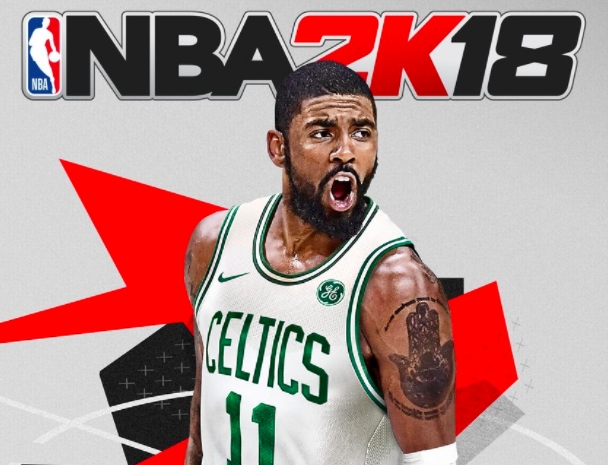 2017 NFL preseason ratings indicate that broadcasters should see an uptick in viewership during the upcoming season. The league saw a 12% increase during the first 3 weeks of the preseason, with a 7% increase during week 3 games; the final tune-up for starters before the opener. The week 3 primetime game saw a 16% YOY increase, which is particularly impressive considering it was up against the highly-rated show, “Game of Thrones”. The correlation between preseason and regular viewership dates to at least 2011 and has been proven particularly true when comparing ratings on traditional broadcast stations (i.e. CBS, FOX (FOXA), NBC (CMCSA)).

Fan Marino: The Chargers announced attendance of 21,197 for their August 13th preseason game against Seattle. To put that in perspective, at least 15 schools had a bigger turnout for their annual intrasquad spring game.

FS1 LAUNCHES NYC BASED MORNING SHOW TO COMPETE WITH SPORTSCENTER AM

Just one week after ESPN (DIS) introduced “SportsCenter AM”, FS1 (FOXA) introduced its newest morning show, “First Things First”. The show pairs NFL Hall of Fame WR Chris Carter with Nick Wright and Jenna Wolfe, airing weekdays at 6:30 a.m., 30 minutes prior to its ESPN counterpart. The “First Things First” debut was particularly noteworthy for FS1, as it becomes the first ever NYC based show for the Los Angeles based network and the first time the network has had a presenting sponsor (PG) for a show’s launch. The 3-hour show gives FS1 11 hours of live daytime studio programming daily, as the network continues to move away from highlights and towards discussion/debate.

Howie Long-Short: FS1 has seen their show “Undisputed” with Skip Bayless and Shannon Sharpe grow 1,260% over the last year, to 137,000 viewers. The show actually beat SportsCenter in the 10a-Noon time slot for 2 consecutive weeks in August. Having a live lead-in is only going to help those numbers grow.

Fan Marino: Why did FS1 move “First Things First” to NYC? It’s simply not practical to produce a show that starts at 3 a.m. local time. Even if you could, it would be nearly impossible to book guests. Speaking of guests, moving to the East Coast gives the network access to a whole different group of potential on-set guests.

The NBA and Take-Two Interactive (TTWO) will be launching an “NBA2K” esports league in the spring of 2018. Teams representing NBA organizations will be comprised of 5 digital athletes, each competing for contracts and endorsement deals in addition to the league championship. The idea is for the league to mirror the NBA as closely as possible, with players treating the season as a full-time job. 17 teams will compete in the inaugural season, though important details including; how to draft players, the set-up for broadcasting/streaming and the implementation of a salary cap are still to be worked out.

Howie Long-Short: Amazon (AMZN) owned Twitch publishes rankings reflecting esports games with the most viewers, hours watched etc. While “League of Legends” (HKG: 0700) drew 43 million viewers to their final, “NBA2K” drew less than 4,000 over the last week. The game also sits behind both “FIFA” (EA) and “Madden” (EA) in the viewership rankings. This partnership has a long way to go before it becomes a profitable venture.

Fan Marino: A big issue that is often overlooked when discussing a sports game as a viable esport, is that sports games are designed as a simulation. Since the games are meant to reflect real life as closely as possible, some players/teams are better than others. That causes a competitive balance problem. If you fix the stats to create parity, the game no longer provides a realistic simulation of the sport.

Daktronics (DAKT), the electronic display supplier, reported a 52% increase in Q1 2018 earnings, with the company’s quarterly bottom line climbing from $5.54 million to $8.43 million YOY. Chairman Reece Kurtenbach attributed the growth to progress or completion on projects including; Mercedes Benz Stadium, Ford Field, Heinz Field and the University of Wisconsin. In total, 29 colleges and universities will use Daktronics LED video and messaging display technology this season, including the University of Texas, USC and Auburn University. Appalachian State, Cincinnati & WVU will unveil new main end zone displays.

Howie Long-Short: As the demand for electronic video display systems has grown, so too have DAKT revenues. Expect that trend to continue, as digital display systems have become an important source of revenue generation in addition to being used to enhance the fan experience.

Fan Marino: If you watched the Alabama/FSU game last Saturday night, you likely noticed the massive “halo board” under the roof. The 360 degree, 62,000 square foot display was made by you guessed it… Daktronics.

Facebook (FB) has hired Bunim/Murray Productions (VIAB), the company behind “The Real World” and “Keeping Up with the Kardashians”, to create a new reality series for their redesigned Watch video tab. The show entitled “Ball in the Family”, will focus on LaVar Ball, the father of Lakers rookie Lonzo Ball, as he grooms his children for the NBA, builds his Big Baller Brand and helps his wife Tina recover from a stroke. The first 2 episodes are now available, with new episodes being released on Sunday’s at 10p, starting September 10th. Facebook is developing original content, so it can draw video advertising dollars that will drive future revenue growth.

Howie Long-Short: Facebook is coming for GOOGL’s YouTube. The company is offering to pay production costs, license and outright buy content from creators; while at least in some cases, guaranteeing ad revenue to publishers. Expect a lot of well-produced, high quality, in-demand content from the social network moving forward.

Fan Marino: LaVar recently announced that sale of the LaMelo BBB sneaker will take precedence over his NCAA eligibility. Lonzo better be a superstar or this whole house of cards is about to come tumbling down.