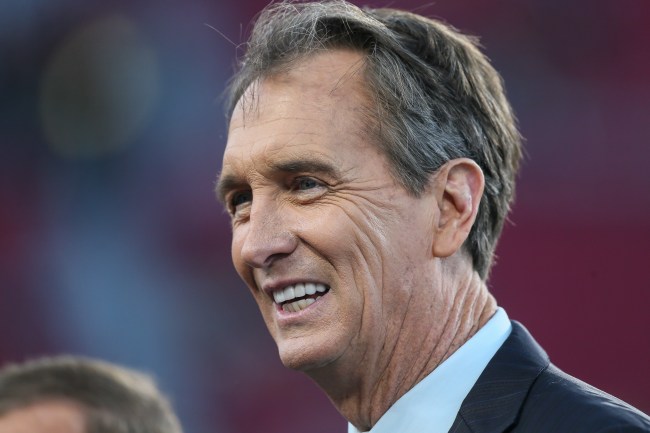 During the Steelers-Ravens game, Collinsworth noted that he was blown away by the knowledge Pittsburgh fans possess because even the women in the city asked him really specific questions about football.

Eveyone’s a fan, in particular the ladies I met, they had really specific questions about the game, and I was like wow, you’re just blown away by how strong the fans are in this town

Collinsworth’s comments were immediately criticized considering a large portion of NFL fans is comprised of women, who are certainly knowledgeable about the game.

Countless women enjoy and have a deep knowledge of football. Cris Collinsworth saying he's blown away that women in Pittsburgh ask specific football questions was not good.

*Me hearing Cris Collinsworth say in 2020 that he's surprised that women in Pittsburgh are passionate about sports* 😬 pic.twitter.com/WjdtoE4cDG

Did Cris Collinsworth really just say he was blown away that "even the ladies I met" in Pittsburgh want to talk football? It's fucking 2020, dude. Progress. -H

Still shaking my head that Collinsworth was shocked that women know and watch football and that we “have specific questions about the game”. Someone please tell Cris we do have TVs in the kitchen. 😏

So far this year, Cris Collinsworth has made fun of wearing masks and seems stunned that "ladies" know about football. Maybe @NFL could fill him in about their viewership demographics. He seems to be a newbie to this game.

almost every day lately we see women becoming 'the first' to do something in men's professional sports, but Cris Collinsworth… https://t.co/V3n81VXXcW

Update: Collinsworth apologized for his comments. 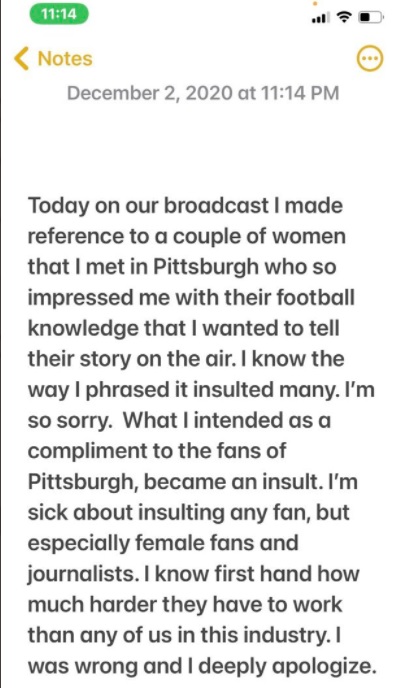