A Modified ‘NCAA Football’ Video Game Is Coming Back Thanks To Some Diehard Fans, But There’s A Catch 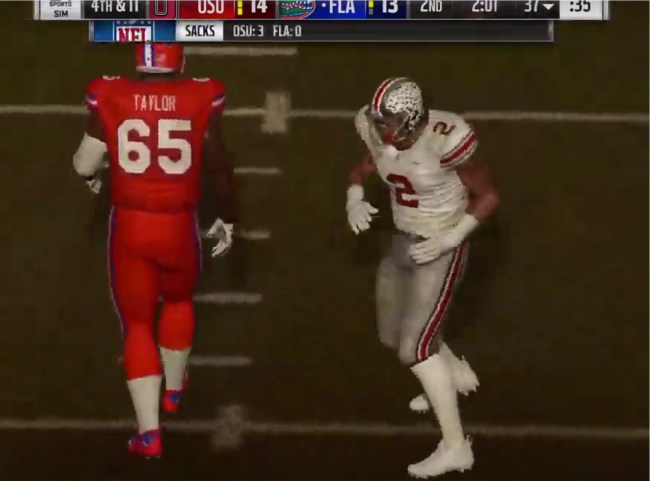 The NCAA Football video game franchise may have ended back in 2013 with NCAA Football 14, but thanks to some diehard fans of the game, it’s making a comeback; kind of. That’s because some fans modified a version of Madden 19 into a version of NCAA Football  — which gives updates and runs polls on the Twitter handle College Football Mod 19 — and is giving gamers a chance to play with a variety of college teams.

Unfortunately, there’s just one catch with this new NCAA Football release: it’s not set to release on any of the major video game platforms, and will only be available on PC. That’s a little bit of a bummer, sure, but the chance to play as some of the biggest and best college football programs in the country should be enough to scratch our college football itch until next season kicks off.

Thanks to a demo from the developers of the modified version, we have an idea as to what will be available to play — and it includes this year’s College Football Playoff National Championship Game from Levi’s Stadium between the Clemson Tigers and Alabama Crimson Tide. And, because I know you want to see how the game actually looks, the developers uploaded a full game of the modified version between the Ohio State Buckeyes and Florida Gators being played in The Swamp; take a look.

Yes, hilariously the modified version appears to have Hue Jackson as head coach of the Gators, so I’m sure fans in Gainesville are so stoked about that. But, other than that, the players have their full names and the gameplay itself looks comparable to that of the original NCAA Football games.

Although there’s no release date yet for the full modified game, you can keep up with all the news by following the aforementioned College Football Mod 19 on Twitter, which gives plenty of updates for fans. Here’s a small example of what the account tweets.

Who could have predicted that? What a game.
Play it yourself in the #CFBM19 Championship Demo for #Madden19 here: https://t.co/GUPCppAIAo#CFBPlayoff #NationalChampionship pic.twitter.com/iDBk6fZzu6

Alright guys, I'm making a poll for who to make my next gameplay video on! The two highest voted teams will be featured in another 1 half of gameplay! Let me know who you all want to see next.👀🔥💯

Watch a live stream preview of #CFBM19 with a look at the Redbox Bowl – MSU v Oregon!https://t.co/GNrJX62o2G

It may not be the exact version of the NCAA Football video game we’re all used to, but, hey, it’s the next best thing — even if it is only available on PC.