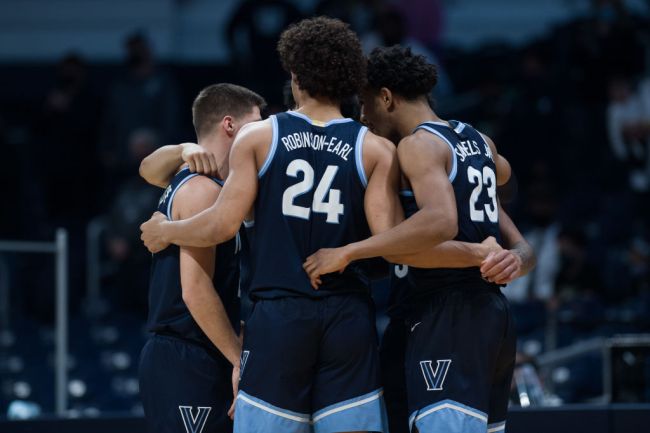 After 710 days, the 2021 NCAA Basketball Tournament is set to be played in a bubble-like setting across Indiana. Games will be played at Lucas Oil Stadium, Bankers Life Fieldhouse, Hinkle Fieldhouse and Indiana Farmers Coliseum in Indianapolis, Mackey Arena in West Lafayette, and Simon Skjodt Assembly Hall in Bloomington. March Madness will begin with the First Four on March 18 and continue through the National Championship game on Monday, April 5.

As as been the case throughout the entire season, one of (if not the biggest) storyline will revolve around COVID-19 and whether teams can continue to test negative. The Athletic’s Dana O’Neil wrote an in-depth article about how the NCAA is going to pull off this year’s unique tournament, and one particular portion stood out.

The lab at IU Health will handle testing, and participants will receive tests on game days with enough time not just to get results, but also allow for a second test in case of a false positive. As for a threshold to remove a team, Gavitt said the NCAA will follow NCAA Tournament guidelines. “The playing rule says you have to have five players available to play the game,’’ he says. “If it gets down to it, if you have five healthy players, you have the opportunity to play.’’

There are two points to break down here. For starters, it’s great to see that the NCAA accounted for false positives. The amount of testing will be significant throughout the four weeks and there is bound to be a test that pops positive and forces a player to step away from his team. Hypothetically, if the NCAA hadn’t provided time for a second test, that player could have tested negative and still missed a game. A legitimate title contender could have been forced to take the court without their star player and lose— only to find out he could have played. The NCAA says that won’t happen, but it’s also the NCAA so it might.

In addition to the testing protocol, there is an interesting note about the amount of players required to remain in competition. So long as a school has five healthy players, it has the opportunity to play. By that standard, five walk-ons could take the court and play all 40 minutes against their opponent’s starting five. While the assumption is that a team would pull itself from the tournament if a situation like that were to occur, giving them the option to play is the fair thing to do after working so hard all year to reach that point.

Just imagine what an incredible story it would be if a five-deep squad pulled up and won a game against a healthy, complete lineup!