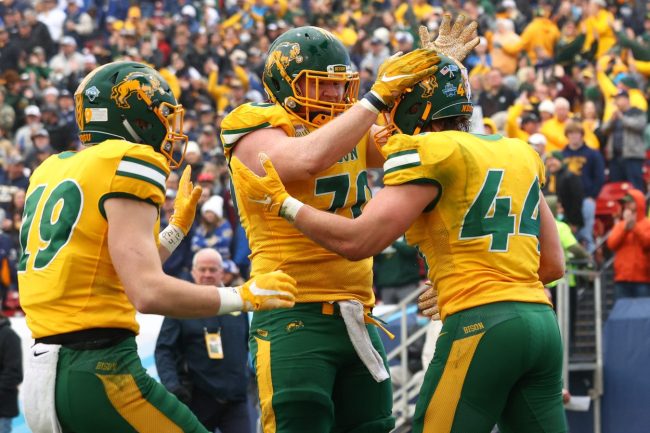 North Dakota State put an absolute beatdown on Montana State during Saturday’s FCS National Championship. After going ahead by 28 at halftime, the Bison didn’t take their foot off of the gas and dominated the Bobcats from start to finish.

After the humbling win, it was the offensive line that deserved the collective game ball.

North Dakota State ran for over 400 yards and scored the majority of their touchdowns on the ground. Leading the way, as always was the Big Uglies.

As an in-state player, the Hankinson, N.D.-native grew up in a town with a total population less than 1,000 and has the perfect look to him. 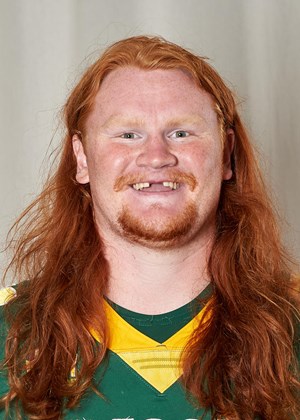 He also has an incredible sense of humor, it would appear. During the first half of the Bison barrage, Mauch provided one of the funniest first down signals of all-time.

Quarterback Cam Miller broke a nice run up the middle and went down just beyond midfield. Suddenly, from out of frame, Mauch started his celebration from about the 50-yard-line and slid six yards to signal that the chains were moving.

my man #70 with the first down signal of the season pic.twitter.com/tKrWzO6vei

Saturday marked what will likely be Mauch’s last game in green and yellow, and he went out on top. Not only did his team win with ease, but he provided some flair to the dub.