Netflix Rumored To Be Making Documentary On ’08 Florida Gators Starring Tim Tebow, Urban Meyer And Fans Are Here For It 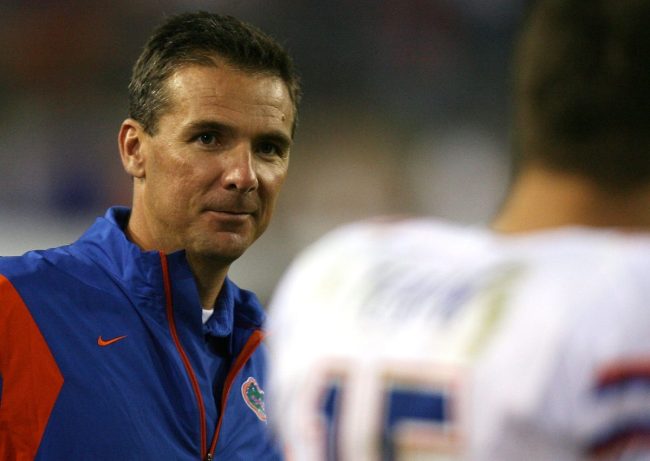 The 2008 Florida Gators squad was one of the most prolific in college football history. The team boasted a Heisman winner, 19 NFL draft picks (including six first-rounders), and unprecedented success on the field.

The coaching staff was made up of Urban Meyer and four assistants that would go on to become Division I head coaches (four at the Power 5 level).

There were nearly no weak links in the Gators’ armor.

Florida outscored opponents 611-181 that season, losing just one game by a single point to Ole Miss. After that Week 4 defeat, Tebow made his famous speech, vowing that no team would play harder than his Gators the rest of the season.

He was right. Florida would go on to win the SEC and national championships.

But their success on the field was mirrored by drama away from it. Of the 121 players on that roster, 41 have been arrested at some point in the days since that title. Crimes range from unpaid tickets to murder, and everything in between.

The head coach has been surrounded by criticism, too, whether that be at Ohio State or in the NFL.

Many of those issues were masked at the time due to having America’s Golden Boy, Tebow, under center, but they could soon come to light.

Netflix rumored to be making documentary on ’08 Florida Gators

According to @delatorre, the 08 Florida Gators documentary is almost here.

According to Florida Gators insider Nick de la Torre, the ’08 team will be featured in a Netflix documentary. It will star both Urban Meyer and Tim Tebow, as well as a few other members of the program.

“There is a Gator Netflix documentary on the way soon. Filming is still in progress. Urban Meyer was on campus over the summer to film interviews. Tim Tebow, Major Wright, Ahmad Black, Brandon Spikes are all involved.”

This news is music to the ears of college football fans, and they can’t wait for this juicy segment to come out.

One fan wrote, “This will be insane.”

This will be insane https://t.co/IVPKp37HCq

Another said, “Half of these interviews are gonna have to be from prison.”

Half of these interviews are gonna have to be from prison https://t.co/C2NGg7xa2G

Here’s another comment on the checkered background of the players on the team.

So a preacher, a racist and a murderer walk into a bar…. https://t.co/HeJFqIhNAo pic.twitter.com/w6RLxloBNB

But even with the issues, the Gators were one of the best teams in college football history.

This can’t come out soon enough.