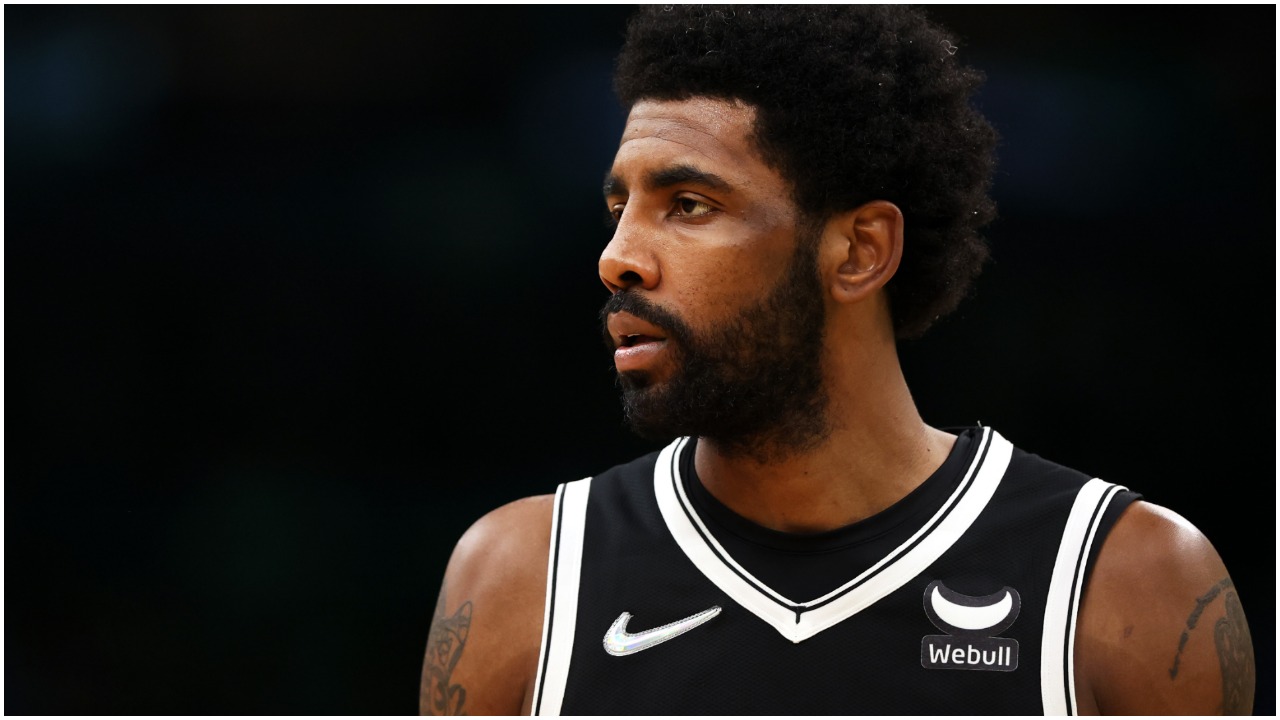 The Brooklyn Nets got eliminated from the playoffs after getting swept by the Boston Celtics, and Kyrie Irving is already making comments that have Nets fans worried.

After the Nets’ loss on Monday night, Kyrie spoke to the media and was adamant about wanting to re-sign with the team this offseason.

– Kyrie Irving on a potential contract extension with the Nets pic.twitter.com/44THBQoHH5

“In terms of my extension, I don’t really plan on going anywhere, like I said this is added motivation for our franchise to be at the top of the league for the next few years. I’m just looking forward to the summer and building with our guys here”

Kyrie raised some eyebrows when he said one of the reasons he wanted to return was to manage the franchise alongside Kevin Durant, Nets owner Joe Tsai, and general manager Sean Marks.

Kyrie says he plans to re-sign with the Nets: "When I say I'm here with Kev, I think that really entails us managing this franchise together alongside Joe and Sean."

No mention of Steve Nash. And his use of "managing the franchise" is definitely interesting. https://t.co/aR1ZDieURy

Not Steve, who is the head coach and has two years left on his contract. https://t.co/KC9aD9vQYX

he’s talking about managing the franchise? after sitting out half the season? https://t.co/S32ywezSE2

Kyrie promoted himself from head coach to the front office https://t.co/boArQS3w8z

Ladies and Gentleman, the core issue with the Brooklyn Nets, encapsulated in one quote https://t.co/C3j6hIUGsM

Kyrie can't be serious. His "managing" of the franchise steered them right into disaster. https://t.co/886peslfm9