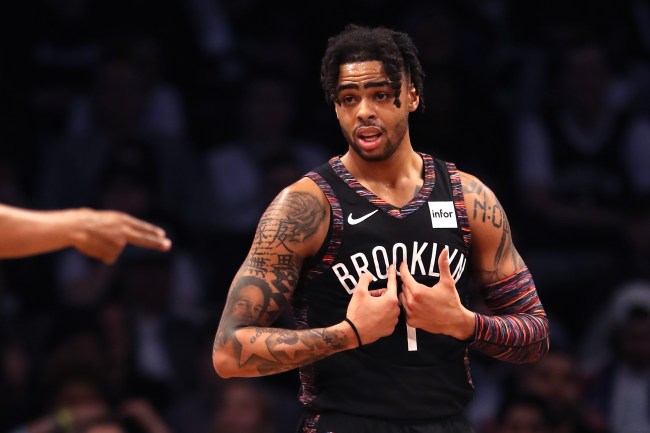 One day weed will be legal in all 52 states, unfortunately, that’s not the case and we’re forced to hide our ganja in fake Arizona Iced Tea cans like D’Angelo Russell tried to do this morning in New Jersey.

ets All-Star point guard D’Angelo Russell was detained Wednesday at LaGuardia Airport when a search of his luggage by TSA personnel revealed that he was transporting a small amount of marijuana. A spokesperson for the New York Port Authority Police told Newsday Russell was issued a summons for possession of less than 50 grams of marijuana and released.

Russell then flew to Louisville, Kentucky, where he grew up and where his father still lives.

A TSA spokesperson told @NewsdaySports that a person cited Wednesday at LGA for marijuana possession, who was identified by NY Port Authority PD as #Nets star #DAngeloRussell, was transporting marijuana in an Arizona Iced Tea container with a screw cap.

D-Lo should probably get a refund from the fake can company because their tactic to beat authorities clearly didn’t work.

If D'Angelo got it on Amazon he deserves a refund, supposed to be smell proof lol https://t.co/SS18tZXSfz pic.twitter.com/5YJg8WsDUJ

D-Lo should also probably hire a fall guy to transport his weed around for him.