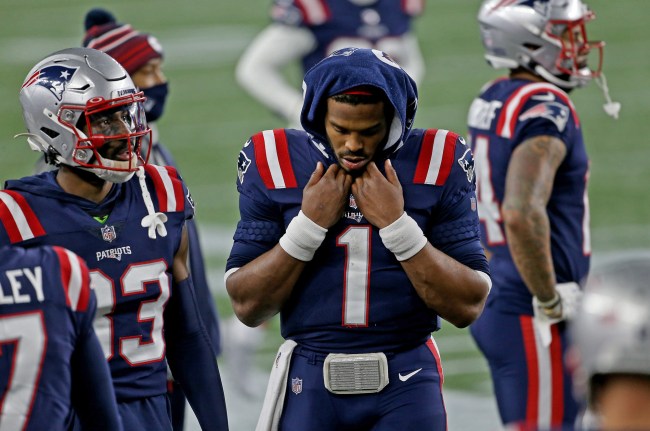 The Cam Newton experiment in New England appears to be coming to an end.

On Sunday morning ESPN’s Adam Schefter reported that Newton and the Patriots plan to “part ways” this offseason after just one season.

Cam Newton and the Patriots are expected to part ways this offseason, per @AdamSchefter

Another free agency for Cam pic.twitter.com/y97LnMAYXM

Earlier this week Newton talked about how he regretted not having more time in the offseason to learn the Pats’ offense.

My only regret was I wish I had more time to dissect what I was actually getting in to,” Newton said when asked if there was anything he could have done differently to contribute to more personal success.

“I’ve been in this league long enough to kind of always downplay, like, ‘Man, we don’t need preseason. We don’t need OTAs. We’re ready to go.’ Yeah, maybe if I was still in the system I came from. But learning this system, you just need more time, you need more real reps to kind of go through because there’s only but so much you can kind of make up.

You could put the eyelashes on. You could do your eyebrows. You could put your lipstick on. The mascara and the lip liner. But sooner or later, it’s going to rain and the real true you will show. And unfortunately it showed — not necessarily in ways that I wanted to.”

It’s currently unclear if Newton will got another shot with another team to start after his disappointing season in New England.