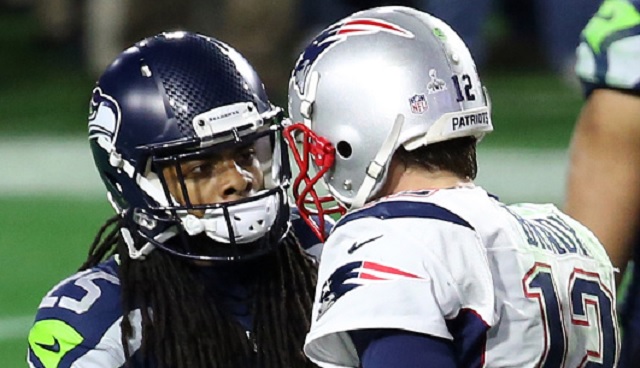 Carroll acknowledges teams have called about trading for Richard Sherman and #Seahawks have talked about it. Doesn't see it happening though

NFL Network’s Ian Rapoport went on to report that the New England Patriots were one of the teams that inquired about a possible trade for Sherman.

Before the #Patriots signed Gilmore, they were among the teams that inquired. Others did, as well https://t.co/nUTwzIxa8W

The Patriots ultimately balked on trading for Sherman and instead opted to sign the 26-year-old Stephon Gilmore to a massive five-year $65 million contract.

Gotta say Sherman on the Patriots would have been awesome.