New Era Released, Quite Literally, The Worst MLB Hats Of All-Time And I Say That With No Hyperbole 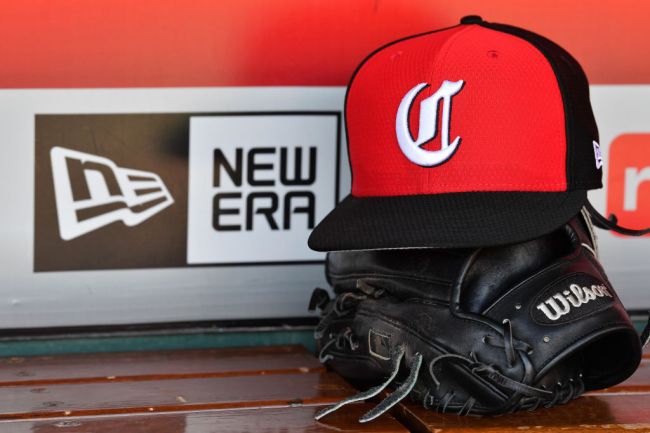 New Era has been at the forefront of conversation quite frequently over the last few weeks. The narrative has primarily been negative and continued on Tuesday with the release of the “MLB Mixed Font Snapback Hats.”

I own well over 50 hats from various different brands, places, teams and events. Everywhere I go, I look for a new lid.

Our EIC Cass recently called me “BroBible’s resident hat guy.” As such, I do not take hats lightly.

And while I often use hyperbole, I say this with utmost sincerity:

These are the worst hats in the history of hats.

Rightfully so, New Era is getting FLAMED on Twitter.

These are the WORST hats ever. Oh wait, I forgot about the clipart hats that were launched a month ago 😭😭 pic.twitter.com/4cCIupFjZo

Seems like New Era is just making MLB hats that they think people will talk about for better or worse at this point pic.twitter.com/ErNYlAEHHv

Everything about the Mixed Font hats are a terrible idea. Here is my exact stream of consciousness on these atrocities:

It’s not like this is the first time that New Era has tried and failed this year. There are only two answers that I will choose to believe.

Either a “higher up” at New Era is trying way too hard to connect with a younger generation and has no idea what he/she is doing, or someone atop New Era is having a mental breakdown.

In late May, the Cap Company unveiled a new collection of “Local Edition” hats that were designed to represent the cities and areas for each MLB team. The execution was lazy and uninspiring.

Not long after getting flambéed on the internet, New Era pulled the collection.

There is a lot going on with some of these local market hats but I think my favorite detail is the range in area code representation—7 different ones for the Twins, 8 for the Cubs, 9 for the Braves, and *zero* for the Pirates??? pic.twitter.com/G0kKXp5TE3

They Put a Hat On A HAT LMFAO pic.twitter.com/313u99yOdL

New Era is 0-2 on their most recent releases. Three strikes and you’re out.