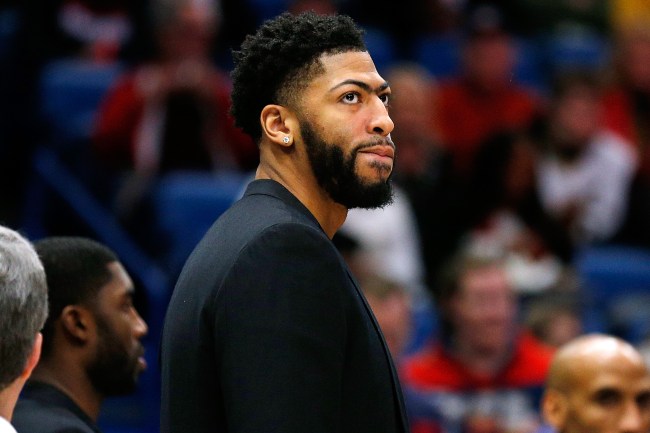 The New Orleans Pelicans are playing hardball with the Lakers before Thursday’s trade deadline.

On Monday afternoon it was reported that the Magic Johnson and the Lakers had offered nearly half of the Lakers squad in exchange for Anthony Davis.

Apparently Magic’s offer wasn’t good enough for the Pelicans and now they’re asking for an insane amount of first round draft picks on top of what the Lakers have already offered.

Pels are waiting on Lakers to overwhelm them w/ an historic haul of picks. To Nola, that means Lakers offering 4 first-round and second-round picks as part of a Davis package. Pels want to be compensated – perhaps even overcompensated – to even consider a deal with LA now. https://t.co/Ft8rfe9EBZ

Magic believes the Pelicans are not acting in good faith and may just be messing with the Lakers at this point.

Set against Thursday’s 3 p.m. ET trade deadline, this process has transformed into a high-stakes game of leverages, postures and bluffs among several organizations and Davis’ agent, Rich Paul of Klutch Sports. So far, the Lakers have felt that conversations with New Orleans have been one-sided, and they are growing increasingly pessimistic about the Pelicans’ willingness to do a deal with them, sources with knowledge of the discussions told ESPN’s Ramona Shelburne.

Lakers conversations with Pels have been one-sided. NOLA hasn’t made any proposal or counter proposal from what I hear. https://t.co/5DDvOlUhXD

Allow me to capitalize the key wording in @wojespn latest update: “Pels want to be compensated – perhaps even overcompensated – TO EVEN CONSIDER- a deal with LA now.”

The Pelicans don’t seem happy about how Davis, LeBron and Rich Paul have tried to force the Pels hand.

I personally the think the Pelicans are just toying with the Lakers but will eventually allow cooler heads to prevail and a deal will get done eventually.