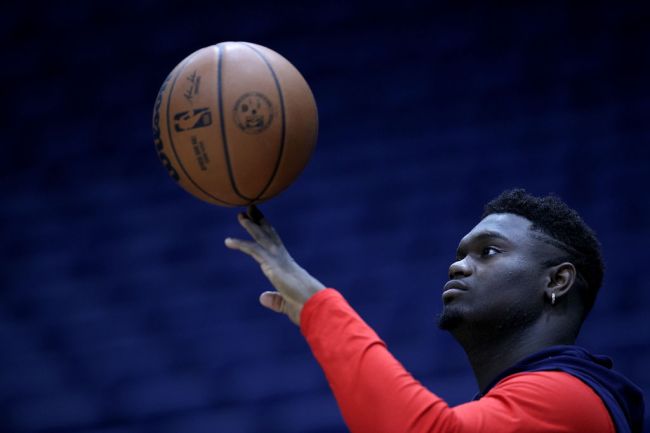 It has been quite some time since Zion Williamson has played a game for the New Orleans Pelicans. The last time he suited up for the team was last May and it was assumed that he wouldn’t be seen again until next season.

That assumption could soon be proven wrong. According to The Athletic’s Will Guillory, we could see him as soon as round 2 of the NBA Playoffs if the Pelicans get there.

If the Pelicans were to advance to the second round, a Zion Williamson return isn’t “out of the question”, per @WillGuillory.

A potential Zion return would make things very interesting for both the Pelicans and whoever they would wind up playing between the Utah Jazz and Dallas Mavericks.

With all of the time Zion has missed, he would need some time to get back to being able to handle a full workload in games. It would also likely tike some time for him to re-adjust to the speed of the game.

However, if Zion could come back at anywhere near 100%, he would make this Pelicans squad even more dangerous to opposing teams.

While it has been rare for Zion to be available to the Pelicans so far in his NBA career, he’s been pretty good when he’s played. In his first two seasons in the league, Zion averaged 29.2 points per game while shooting just over 60% from the field and added 7.9 rebounds per game.

Adding him to a squad that is currently giving the league’s top team all they can handle would certainly make round 2 very interesting and would add another to the team that Jazz or Mavs would need to figure out.

A Zion Williamson return could be the biggest story of the 2nd round of the NBA Playoffs.