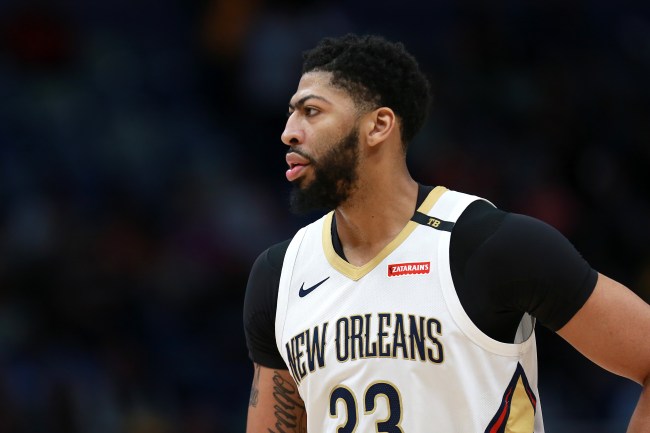 The Los Angeles Lakers were able to overcome the odds to pick up a top 4 pick during last night’s NBA draft lottery.

Wow. The Lakers jumped all the way up from the 11th slot to the No. 4 position. They had just a 9.4% chance to get in the top 4, and with @kylekuzma representing, they did so. https://t.co/nT8eXRfFh9

The prevailing wisdom amongst Lakers insiders is that the team would use the pick to send to New Orleans in a trade package for Anthony Davis.

Anthony Davis' stance on a trade has not changed. The Pelicans can not only build around No. 1 pick Zion Williamson but also a package of young players and the No. 4 pick in the draft from the Lakers. https://t.co/sRVSGaK5YU

Something finally went right for the Lakers. With the Pelicans set to get Zion, it’ll make it easier to part ways with Anthony Davis and with the Lakers having the #4 pick and the kids (Ingram, Lonzo, and Kuzma) they have the best trade package for AD.

Unfortunately for the Lakers, it appears that the Pelicans are not interested in dealing Davis to the Lakers according to ESPN’s Brian Windhorst.

“If the Pelicans want to go all young and build around Zion, I think the Knicks have the best package to offer”

“From what I understand the Pelicans are not interested in making a deal with the Los Angeles Lakers”pic.twitter.com/b5S0AEBpYn

From what I understand the Pelicans are not interested in making a deal with the Los Angeles Lakers, maybe if they had gotten the Zion pick but the Pelicans have it. I think the Lakers are still out of position even getting the #4 pick

There’s a good chance the Pelicans change their mind later in the offseason when they start comparing trade packages but for now it seems like the Lakers are on the outside looking in.